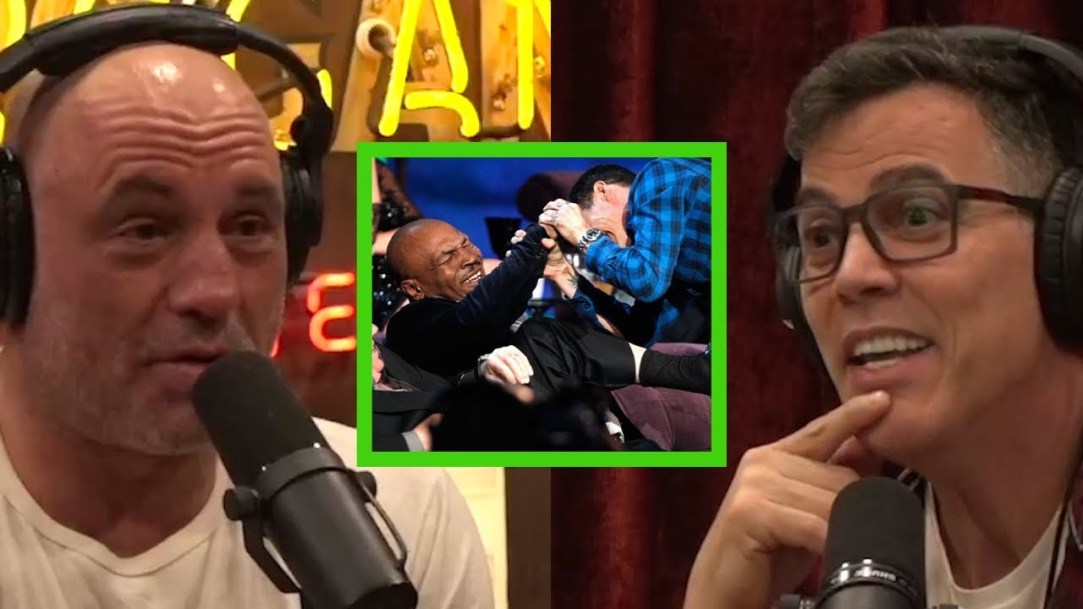 Prior to becoming The Podfather with a $200 million deal from Spotify for The Joe Rogan Experience and his parallel career with the UFC, Joe Rogan hosted 153 episodes of Fear Factor between 2001 and 2012. For the uninitiated, Fear Factor was a TV show that put contestants through cringe-inducing challenges.

Just a few examples of challenges that Joe Rogan oversaw on Fear Factor was locking contestants in a coffin filled with worms, eating spiders, being trapped in a tunnel with tarantulas, eating elk p-nis, eating sheep’s eyes, and other torturous things of that nature.

Suffice it to say that between watching guy’s faces split open in the UFC Octagon and his time as a Fear Factor host, there shouldn’t be much that can make Joe Rogan squirm. That’s precisely what makes this clip so interesting. Joe Rogan can’t stand the sight of Steve-O’s perforated septum that was caused by drug abuse prior to Steve-O getting sober.

Here’s the clip. Spoiler alert: Mike Tyson broke Steve-O’s nose and it helped him out in the long run…

It’s incredible that he also didn’t go have the nose fixed immediately and then had to have his nose broken by Mike Tyson. And afterward he didn’t even seek out medical attention, he just had some stranger on stage sort it all out.

Since it’s your lucky day, Joe Rogan shared a second clip with Steve-O where he discusses having UFC fighters give him cauliflower ear, a totally normal thing to do:

Looking for more Steve-O content? Over on his podcast, he discusses how he gets paid residuals for Jackass!.

How Steve-O and the #Jackass crew get paid on the back end https://t.co/Ily3DTDcFI