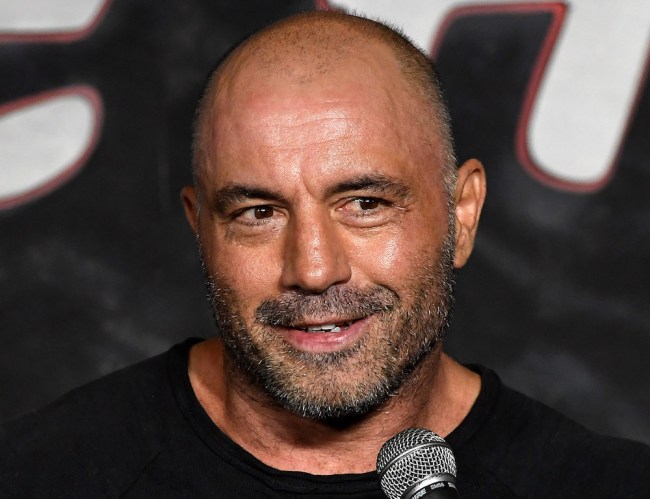 Comedian Joe Rogan is facing backlash after he revealed on a recent episode of his popular podcast that he’s been tested for Coronavirus multiple times.

On the same show, Rogan explained that his guests are also being tested.

Rogan hired a concierge doctor from Concierge MD LA to administer the tests and the comic said he’d been tested for the coronavirus twice in one week with negative results.

“I’m just going to test myself every three or four days. Fuck it,” Rogan joked on “The Joe Rogan Experience.”

Comedian Chris D’Elia was the guest on the same show and joked about received a test for COVID-19 prior to sitting down in the studio.

“You know why I got the test? Because I know Joe Rogan. Because I came here and he had a doctor,” D’Elia said.

VICE spoke with the doctor administering the test and he explained it’s not quite the same test that’s in short supply around the country.

Malki told VICE that he is mostly administering an antibody test that has not been approved by the FDA due to shortages of nasal swab tests and FDA-approved antibody tests.

“There’s about 70 companies producing antibody tests, and only one of them is FDA approved, that’s Cellex. I don’t know how the hell they got that contract that they got FDA approval, but it’s impossible to get those tests,” Dr. Malkin said.

Dr. Malki told Vice that he warns patients that this type of testing is “not FDA approved” and can’t be used for diagnosis.

“It’s more for peace of mind, for epidemiologic data,” said Dr. Malki. “But if they need a definitive diagnosis, they have to get a nasal swab.”

Naturally, some people aren’t happy about Rogan’s ability to get himself and guests tested so quickly, even though the tests being used aren’t 100% correct.

If you can’t get a #coronavirus test it’s cause Joe Rogan hoarding all them bitches. Good lord lol pic.twitter.com/TUz0krXXul

How does Joe Rogan have the ability to test for COVID-19 whenever he wants but there are hospitals all over the US that don't have enough tests????

Joe Rogan and his comedian friends have a doctor in studio giving them tests and my relatives have pretty serious symptoms and can’t get a test. Money is amazing.

Hey @maddow could you do a segment on Wealthy Individuals who are hoarding covid test kits to test their friends and acquaintances they refuse to stop interacting with during this pandemic?

I think Joe Rogan would be a good place to start. Still making millions off podcasting.

How'd you get your test? I've been on the front lines for 18 days and have been asking for test every day! I've been in a COVID ER, MORGUE, AND CLINIC. WHERE'S MY TEST! pic.twitter.com/c0kAnI8JtT

@realDonaldTrump #joerogan #COVID19 Why does Rogan have a closet full of Covid19 tests and everyone I know can’t get a test? Someone needs to explain how this is happening? His guests have NO QUALIFYING SYMPTOM! pic.twitter.com/5cSbtrHuWn

A close friend, a doctor, presumably had Coronavirus but couldn't get tested in NYC. Cool that Joe Rogan is able to test his pals like it's nothing. https://t.co/T95TxIafr4

According to the Concierge MD LA website, either the nasal swab or the antibody test cost $299.