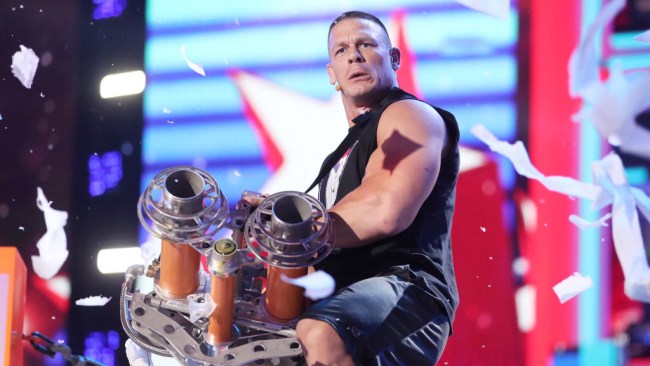 If ever there was an acting role tailor-made for a person, legendary WWE Superstar John Cena playing legendary video game action hero Duke Nukem in a movie is certainly one of them.

After 19 video games, numerous cancelled video games, a proposed feature film in the late 1990s, 2001, 2008 and 2015, finally, Duke Nukem, the protagonist of the now 27-year-old series may finally be getting his own movie. We think/hope.

Screen Rant: Video game movies are on the rise again. Tomb Raider is coming out. Duke Nukem is something you’ve been attached to and you look like Duke Nukem.

John Cena: I think that’s the direct attachment and I’m very honored to be attached to that but that is a very fragile franchise. That was one that was very timeline specific, that is 1990s to the hilt. So, once again, it reflects upon story. The story has to come in dead-on balls, man. Like it has to come in told correct, told in a palatable sense for this generation, which you’re walking on eggshells…you can’t not be Duke Nukem, but you can’t make the wrong move…so I’m…what a blessing to be attached to that, a name like that, and I just hope development does the franchise justice.

That being said, John Cena as Duke Nukem has to happen, right?