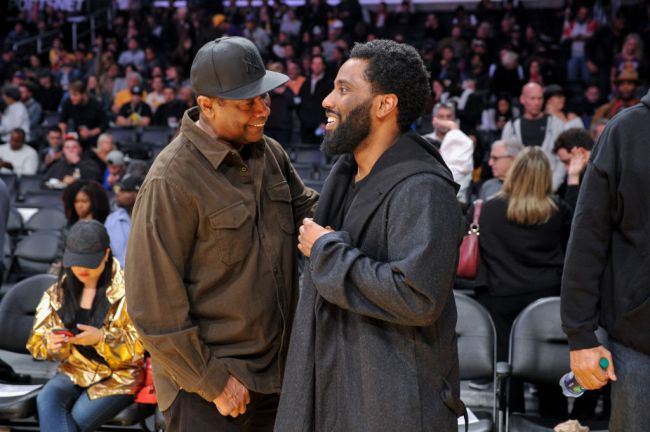 The rise of John David Washington in recent years has been nothing short of astounding.

Following his graduation from Morehouse College, Washington dabbled in professional football, even having a cup of coffee in the NFL after being signed by the then-St. Louis Rams as an undrafted free agent.

Then, in 2015, following a football career that saw him play in Europe, Washington embarked on an acting career that began as NFL star Ricky Jarrett in the Dwayne Johnson HBO series Ballers. From there, there’s been no looking back for Washington, as he’s since gone on to star in films helmed by two of the greatest living directors, Spike Lee and Christopher Nolan.

And yet, despite how promising the trajectory of Washington’s career looks right now, it’ll still likely never live up to that of his father, Denzel Washington, who’s inarguably one of the greatest actors of the last 50 years. His son John David certainly agrees, as he recently told People that he also thinks his pops is the best in the business.

“I think the best actor in the industry, in the business, is my father. I’m inspired by the kind of career he’s had and what he’s had to do. Again, he’s been on the frontline for many years and what he’s done with it, with his opportunities, I just am so inspired and continue to be inspired by what he does and how he works and his approach to the craft and the business.” Washington also said that his mom “gives me inspiration. That’s my mother, the most consistent person in my life.” [via People]

While these sorts of quotes can usually be chalked up to familial bias, in the case of John David Washington heaping praise on his legendary father, he’s absolutely correct.