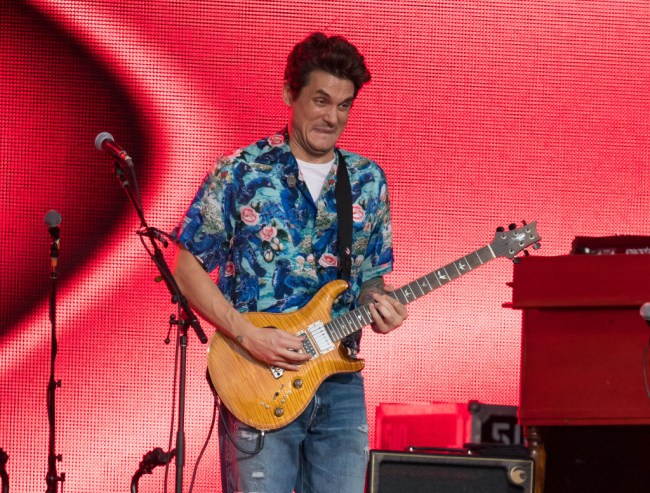 Now at 41 years old and a member of the jam band Dead & Company, the Grammy Award-winner has seemingly rid himself of his ‘love ’em and leave ’em’ ways.

He sat down with Cazzie David for his unofficial Instagram story series, Current Mood, and lamented on the difference between his past and his current state.

Mayer also claims that the fascination women had with him in the early to late 2000’s hasn’t been as ubiquitous, and that has evened him out a bit.

“I find people not being into me brings a real level of reality into my life, whereas when I was in my early ’20s where I really couldn’t miss, I kind of abused that,” Mayer admitted. “Not so long ago I gave a girl my number and she said, ‘I probably won’t use it.’ ”

The Bridgeport, Connecticut native recalls a defining moment at an Oscars party in 2016 when reality struck.

“I saw Scarlett Johansson,” he said, “and I said to myself for the first time in my life with the clearest of voices, ‘She wants nothing to do with you.’ And I found that really relieving … I don’t think that people are into the idea of like, ‘I snagged John Mayer.’”

Mayer also likened having endless romantic opportunities as a famous male celebrity to being a beautiful woman.

“[This] might put me into a little bit of a deeper understanding about what it’s like to be a woman in that yes I could have sex with somebody at any given moment. But I think being a famous man is somewhat similar to be a beautiful woman, which means yes there is access, [but] there’s very seldom any desire. The older I get, the less desirous I am about unsheathing new body parts.”

Check out the entire interview below. John even shouts out to BroBible at the beginning. HI!