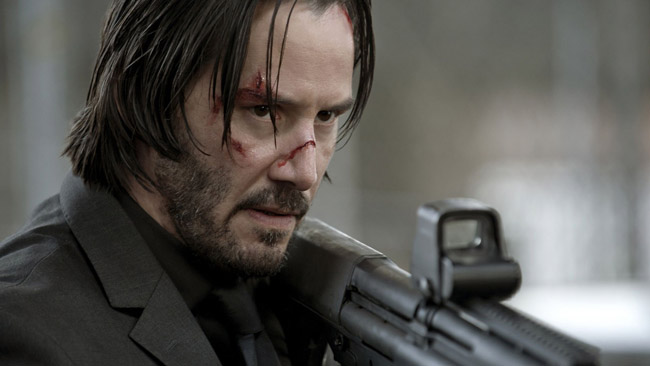 Keanu Reeves is returning for the third installment in the saga of the no-holds-barred ex-hitman John Wick. On Thursday, Lionsgate has announced that “John Wick: Chapter 3” has an official release date of May 17, 2019. Currently, that is the only movie set to be released into theaters on that date. No details on the plot have been revealed as of yet, but you should expect guns. Lots and lots and lots of guns. And probably a dog.

Derek Kolstad, who wrote the first two chapters of “John Wick,” is confirmed to return to write the upcoming third installment. The first film was directed by David Leitch and Chad Stahelski and the second installment was helmed by Stahelski. The director of “Chapter 3” has not been named as of yet. Leitch passed on “John Wick 2” so that he could direct “Atomic Blonde,” and is currently working on the “Deadpool” sequel, which opens June 1.

There is talk of a “John Wick” TV show. The premise could revolve around the worldwide chain of hotels that are the go-to accommodations of assassins in the “John Wick” universe. Stahelski said, “Once you put that aside with the TV show, [you can] expand to all the different characters and follow them throughout their journey. You can be with the consigliere, concierge, the sommelier — you can be with all these different characters and walk through the world in different aspects; ones that I’m a little limited [from exploring] by staying with my lead guy.”