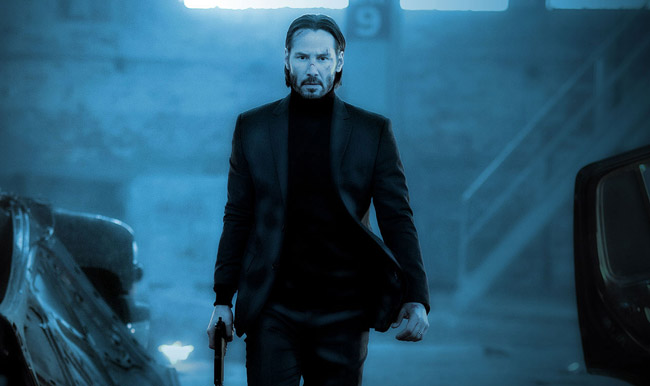 We are patiently waiting and hoping for John Wick Chapter 3, which we recently learned the direction that it will be going in thanks to an interview with director Chad Stahelski. While it sounds like John Wick 3 is happening, nothing is for certain. There is another John Wick project in the works – a prequel series for television and it sounds compelling.

Stahelski gave a new interview with Indiewire and he revealed the title of the upcoming television show. The TV show will be titled “The Continental,” based on the worldwide chain of hotels that is the go-to accommodations of assassins in the John Wick universe.

Stahelski said that Lionsgate is “very excited” about the series that will focus on the “cool, Wick-ian, magical, and mysterious world” of the hotel. Stahelski explained why the assassin oriented hotel chain is the lynchpin of the television series:

“They’ve got a really good structure. It’s very tied to the film [in that] it’s about the Continentals all over the world, how certain people come into that world, and what happens in relation to those people, which is cool. I think the world is very vast, and everything I’ve heard from it is very positive. […] It’s something that studio seems very, very intent on [making] and very, very behind.

I like telling stories from my one character’s perspective,” Stahelski said. “Once you put that aside with the TV show, [you can] expand to all the different characters and follow them throughout their journey. You can be with the consigliere, concierge, the sommelier — you can be with all these different characters and walk through the world in different aspects; ones that I’m a little limited [from exploring] by staying with my lead guy.”

Just because it is a TV show based on the mysterious hotel chain, that does not mean that Keanu Reeves will not make a cameo. “I think he would make an appearance,” the director said. “I think that’s part of his thing, [but the series] isn’t centered around John Wick.”

What about John Wick 3 you ask? “We’re currently in the middle of writing it right now,” Stahelski said of the assassin-porn flick. “It’s more [about] how fast can we get our shit together. But I would assume that if not by the end of this year, the beginning of next year.”

There is no release date for the TV show or the third chapter of the John Wick series.