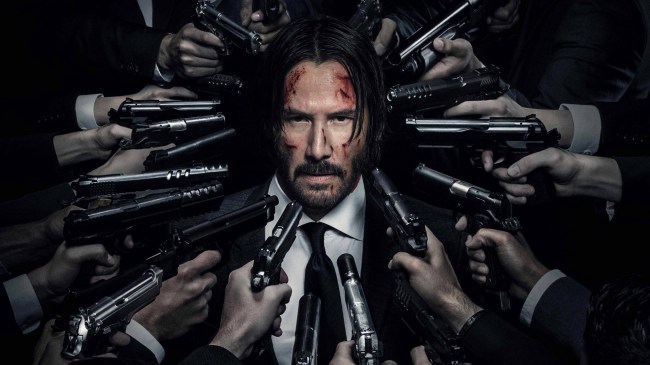 “John Wick: Chapter 2” was a financial success by grabbing $166,835,326 in the worldwide box office with a meager $40 million budget. That kind of monetary success in Hollywood usually signs that there will be a sequel. “John Wick: Chapter 2” director Chad Stahelski says that there will be a “John Wick 3” and gives us some insight into the direction of the upcoming film and a possible timeline of when filming may begin.

Stahelski gave an interview to Collider where he is currently “in the middle of writing” the third chapter of “John Wick.”

When asked when they might start filming, Stahelski answered, “It’s more of a how fast can we get our shit together. But I would assume that if not by the end of this year, the beginning of next year.”

“We’re very comfortable with where we want [John Wick] to go in the third one and what Keanu wants to do,” Stahelski said. “If you really watch the first and second one, there’s only one place it can go — so I’ll let you sort that out.”

So what direction will “Chapter 3” go?

“We want, not so much to go bigger on the third one, but to show you more of the intricacies of the world… I feel like there are all these different subtleties that I skipped over in Number Two, that I’d like to go back to on [chapter three] and show you the inner workings of different parts of New York. So rather than massive set pieces, I’d like to show you cooler and more intricate ones… I think it would be a mistake budget wise and creatively to just go big and blow up a freeway. That’s not our gig. That’s a comic book or a Bond gig. We want to show you cool and intricate details. What are those little details in everyday life? Hopefully – we make people look at garbage collectors and cleaner vans and homeless people a little differently now.”

Stahelski said that the writers are not going to just simply dump all of John Wick’s backstory, but it is for you to decide and think what the explosive assasin’s history is.

“It’s not about you finding a hidden book or a secret map about who John Wick is. Anyone watching can start piecing it together. You know he’s had some serious training. Was it military?”

Read the entire interview on Collider.