At Long Last, The First Look At ‘John Wick: Chapter Four’ Is Here 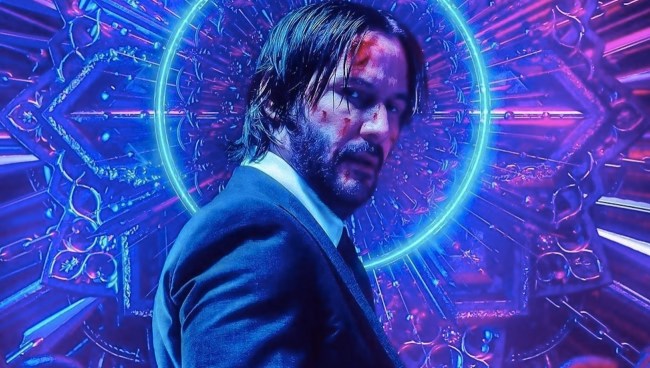 Back when it was first announced in 2019, John Wick Chapter Four was given a May 21, 2021 release date. At the time, this was also the planned release date for The Matrix Resurrections, leaving movie fans thrilled about the prospect of a Weekend of Reeves.

As you know, though, The Matrix 4 ultimately didn’t hit theaters until December 2021 while John Wick: Chapter Four has since been delayed to March 2023. That March release date appears to be its final one, though, as the success of Top Gun: Maverick and various other films this summer has proven that the movie industry is well and truly back.

With the release of John Wick 4 about eight months away, promotion of the project will likely ramp up in the coming months, as evidenced by this first-look photo that was released on Thursday, the first day of San Diego Comic-Con.

The first photo from John Wick: Chapter Four has been released

John Wick 4 will then be followed by a fifth and likely final chapter, although it’s unclear when production on that movie will begin. Originally, the plan was to film Wick 4 and 5 back-to-back, but those plans were changed following the events of 2020.

In addition to the two more main John Wick films, there’s also the prequel series The Continential in the works at Starz and the spin-off movie Ballerina, which will star Ana de Armas.

This first look photo of John Wick 4 isn’t the only piece of news that the franchise has made this week, as an awesome oral history of the film titled They Shouldn’t Have Killed His Dog: The Complete Uncensored Oral History of John Wick, Gun Fu, and the New Age of Action was released earlier this week.

I have ADD so it’s very hard for me to read but one genre I’m able to absolutely FLY through is oral histories of films I love.

And John Wick ***certainly*** counts as one of those movies. pic.twitter.com/oGrLWHQU0e