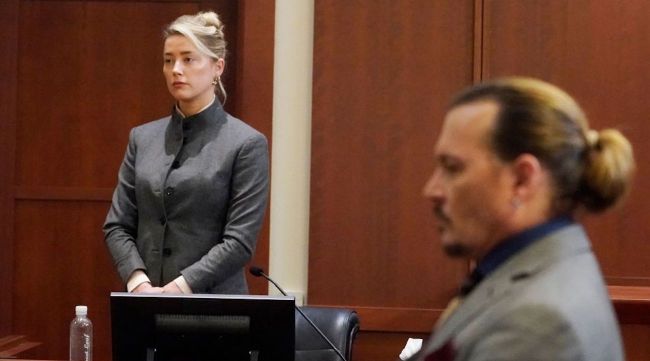 I kid you not, the first time I came across this story, I audibly and exasperatedly gasped “What the f–k?!” Why? Because just when you thought the Johnny Depp and Amber Heard saga couldn’t get any more absurd, it does exactly that. Every. Single. Time.

And this latest twist in the tale sounds like something that would happen in a farcical slapstick comedy, as Heard’s lawyers are now claiming that one of the seven jurors in the trial wasn’t supposed to be there as they never received an official summons.

However, Depp’s lawyers are arguing that the verdict should stand because Heard and her legal team “waived the right to challenge the accuracy of the information listed in the jury panel by failing to raise this objection contemporaneously.”

Heard’s attorney Elaine Bredehoft alleged in court papers on Friday that a 77-year-old man was summoned for jury duty – but a 52-year-old man, who shares the same last name and address, was improperly seated for the six-week trial in Fairfax County, Virginia. Based on this new information, Bredehoft argued that the verdict should be thrown out.

Depp’s attorney Ben Chew revealed that the two men are father and son. The middle-aged son was seated as Juror No. 15. Chew argued that these were not “new facts,” as Bredehoft contended, but a discrepancy her team should have noticed at the outset when they received detailed information on the jurors. [via Fox News]

It’s understandable why Heard’s lawyers would look to have the verdict thrown out as they previously stated that their client “absolutely” cannot afford to pay the court-ordered damages.