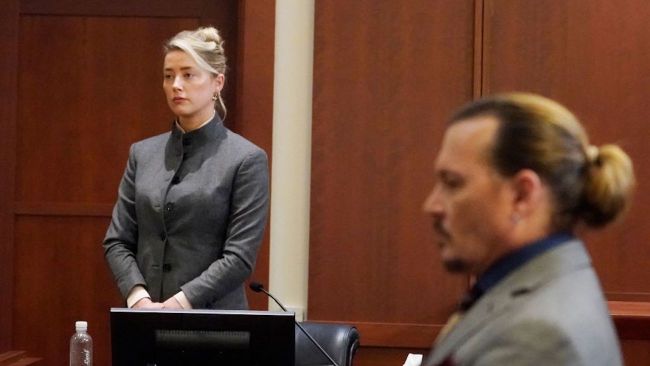 While both their marriage and the ensuing defamation lawsuit may be over, Amber Heard’s messy connection to her ex-husband Johnny Depp is far from through, as the actress was ordered by the court to pay him $15 million in damages.

If Heard cannot pay those fines — her lawyer previously said she “absolutely” cannot — then Depp could, according to a lawyer who spoke to the New York Post, seize her assets.

“If she doesn’t have the money, then his avenue, while she’s pursuing an appeal, is to try to execute on property she owns,” or her bank accounts, Virginia appellate lawyer Steven Emmert said.

He added that if Depp wants to find out where Heard’s assets are, he could serve her with a summons for debtors interrogatories “where you summon the debtor to come to a court and his lawyer would get to ask her questions saying ‘What property do you own, what real estate do you own, what vehicles do you own, what jewelry do you own, what art collections’ — anything else that they could use to grab and sell at auction to try to pay down and pay off, ultimately, this judgment.” [via New York Post]

Following the court’s decision, Heard’s lawyer stated that her client “absolutely” would not be able to afford the $15 million in court-ordered damages.

Depp has been quite busy since winning his defamation trial against Heard in June, as he has since announced a variety of projects.

Musically, the 59-year-old will be releasing an album with Jeff Beck later this summer titled 18 and will go on a European tour with his band The Hollywood Vampires next summer. As for his film career, the former A-list star is reportedly in France preparing to play King Louis XV in the upcoming period drama Jeanne du Barry.

While his latest career developments have obviously been promising, longtime fans of the Pirates of the Caribbean star are likely awaiting to see if and when Depp will get offered a role in another big-budget Hollywood production, or even perhaps a juicy supporting role in an Oscar contender (if I was Depp, that would be my first move, but what do I know?).

RELATED: Insane Rumor Suggests Johnny Depp Has Been Offered $300M To Return To ‘Pirates’ As Jack Sparrow — Rep Shuts It Down