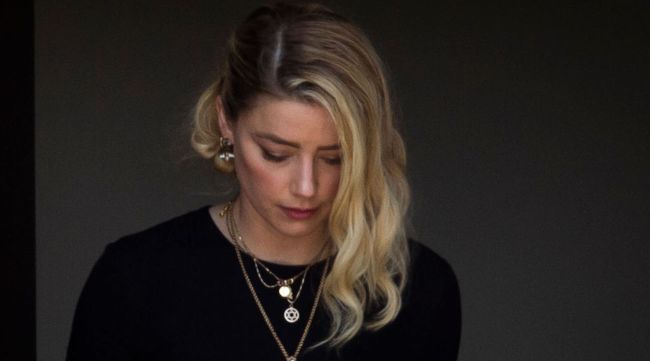 Amber Heard’s legal troubles might not be over just yet, as a new report indicates the Aquaman actress is facing potential perjury charges in Australia.

Amber Heard is being investigated for perjury in Australia

According to Yahoo Entertainment, “the 36-year-old actress is still being investigated over allegations of perjury by her during court proceedings for the 2015 illegal importation of her two dogs into Australia.”

The legal trouble in the land down under is just adding further insult to injury for Heard, who not only lost to her ex-husband in legal court, but perhaps more importantly, in the court of public opinion, too.

While Heard was recently spotted shopping at TJ Maxx — which, let me just add, is pretty gross that someone filmed her there — Depp is jet-setting in France as he prepares to play King Louis XV in his first new movie in years.

Additionally, Depp is also releasing a new album with collaborator Jeff Beck this summer titled 18 and will be going on a European tour with his band the Hollywood Vampires next summer. Fans, though, are likely eagerly awaiting to hear what Depp’s next major Hollywood project will be, as the 59-year-old former A-lister hasn’t starred in a proper blockbuster film since 2018’s Fantastic Beasts and the Crimes of Grindelwald, which is a role he was ultimately removed and replaced by Mads Mikkelsen from due to the controversy that surrounded him in recent years.

RELATED: Johnny Depp Is Officially Off To Film His First Movie In Years, Will Play Infamous King Louis XV In A French FIlm