Johnny Depp Is Officially Off To Film His First Movie In Years: Details 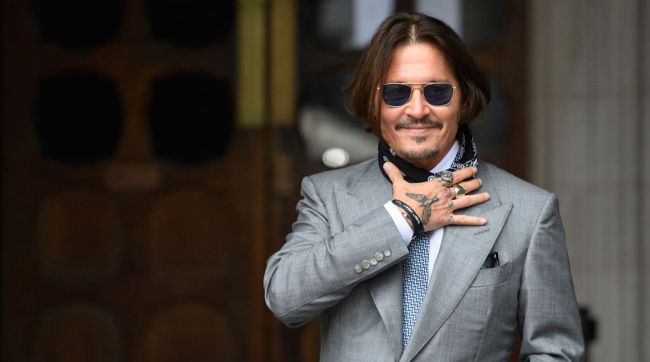 Just about a month after winning his defamation lawsuit against his ex-wife Amber Heard, Johnny Depp is officially beginning to embark on his comeback tour as reports indicate the 59-year-old actor has arrived in France ahead of production of his new film Jeanne du Barry, which will see him play the infamous King Louis XV.

According to TMZ, Depp “arrived in France last weekend reportedly preparing” for his upcoming starring role in Jeanne du Barry, which is set to be directed by French actress Maiwenn. Back in January, it was initially reported that Depp would be starring alongside Maiwenn, who will be playing the titular Jeanne du Barry, the last royal mistress of King Louis XV.

Louis XV, who was nicknamed “the beloved” and reigned for 59 years, the longest in the history of France after that of Louis XIV. Paradoxically, Louis XV died as an unpopular king after being accused of corruption and debauchery. [via Variety]

Depp’s role in Jeanne du Barry will mark his first time in a movie since 2020’s little-seen Minamata, which was filmed in 2019 wasn’t actually released in the United States until earlier this year.

While a step in the right direction for fans of Johnny Depp, it’s safe to assume that most of them are still waiting to see whether or not Depp will be starring in a major American film anytime soon.