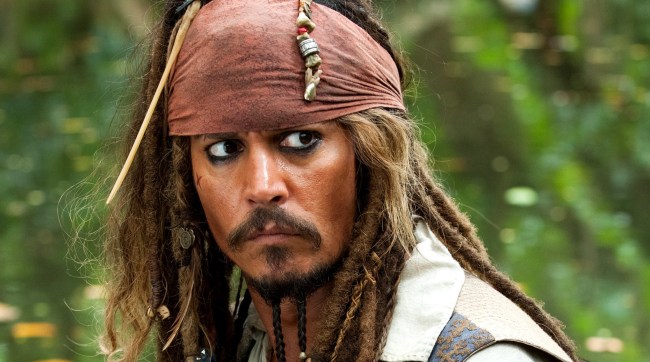 After Johnny Depp won his defamation trial against his ex-wife Amber Heard, fans of his have been wondering when, and how, he will decide to try to relaunch his once A-list movie career.

Thus far, in the weeks since a Virginia courthouse ruled in his favor and ordered Heard to pay him $15 million in damages, Depp has, in fact, begun his professional comeback, albeit on the musical side of his career. This summer, the 58-year-old will be releasing an album with Jeff Beck titled 18, and next summer, he’ll be heading on a European tour with his band The Hollywood Vampires.

RELATED: The Introduction Of Jack Sparrow In The Original ‘Pirates of the Caribbean’ Is A Perfect Piece Of Filmmaking

On the movie front, though, all remains quiet. Perhaps too quiet. Fans and media outlets alike are obviously chomping at the bit for an update from Depp, as a recent and insane rumor suggested that the former Pirates of the Caribbean star was offered around $300 million to return to the franchise as Captain Jack Sparrow.

According to NBC News, those rumors are categorically false as Depp’s rep told them those reports of a shocking Pirates return are “made up.”

Unfortunately for fans of the Jack Sparrow character, it’s perhaps time to accept that Depp will never play the part again, as he even said during his testimony that “nothing on this earth would get you to go back and work with Disney on a Pirates of the Caribbean film.” The franchise, though, obviously remains one that Disney clearly wants to dust off, so it’s only a matter of time, really.

RELATED: ‘Pirates of the Caribbean’ Producer Confirms A New Film With Margot Robbie Is In Development