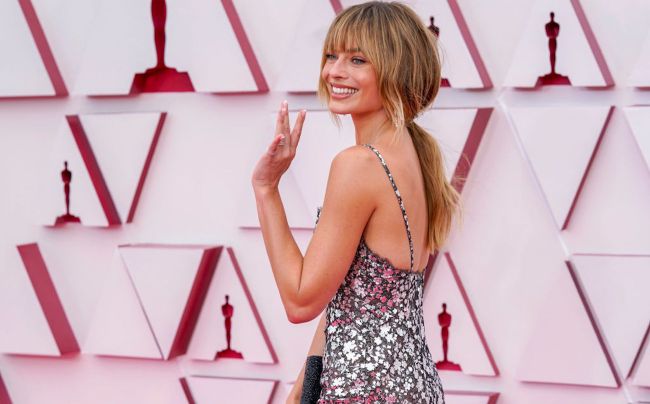 With the Pirates of the Caribbean franchise back in the consciousness of popular culture due to Johnny Depp’s defamation trial against his ex-wife Amber Heard, producer Jerry Bruckheimer — who’s been promoting Top Gun: Maverick in recent weeks — was asked about the state of the franchise during a recent interview.

Speaking to The Sunday Times, Bruckheimer confirmed that they are, in fact, developing a script with a character played by Academy Award-nominated actress Margot Robbie at its center.

RELATED: The Introduction Of Jack Sparrow In ‘Pirates of the Caribbean’ Is A Perfect Piece Of Filmmaking

“Yes. We’re talking to Margot Robbie. We are developing two Pirates scripts — one with her, one without,” Bruckheimer told The Sunday Times during a recent interview.

While a new Pirates entry starring the two-time Oscar nominee has been rumored for a few years now, the confirmation from Bruckheimer is the most legitimate development that the project has experienced yet.

Still just 31-years-old, Robbie has spent recent years bouncing back and forth between prestige work — such as Once Upon a Time in Hollywood and Bombshell — and blockbuster franchise work, such as The Suicide Squad.

In the coming years, Robbie is set to star in Damian Chazelle’s Babylon, David O. Russell’s Amsterdam, and Greta Gerwig’s Barbie, all of which are set to be massive projects. Robbie also has a role in the star-studded Asteroid City, the latest film from director Wes Anderson. She’s also been hard at work as a producer, as she and her company LuckyChap Entertainment produced the Best Picture nominee Promising Young Woman.

While obviously busy as arguably Hollywood’s premier A-list actress, all of those projects (except for Barbie, which is currently filming) are in post-production, which means Robbie’s schedule could theoretically fit a franchise like Pirates in it over the next half-decade or so.

Plus, there’s simply no denying that of all the stars in Hollywood, Robbie is arguably perfect to take over the Pirates franchise. Who wouldn’t want to see her as a badass Furiosa-esque captain conquering the seven seas? Yo-ho, a pirate’s life for me, indeed.

RELATED: Margot Robbie Is Pushing For A Harley Quinn/Poison Ivy Romance On The Big Screen — Who Says No?