No, Jon Snow Was Not ‘Useless’ In The Battle Of Winterfell, He Was One Of The Bravest Heroes From The Great War 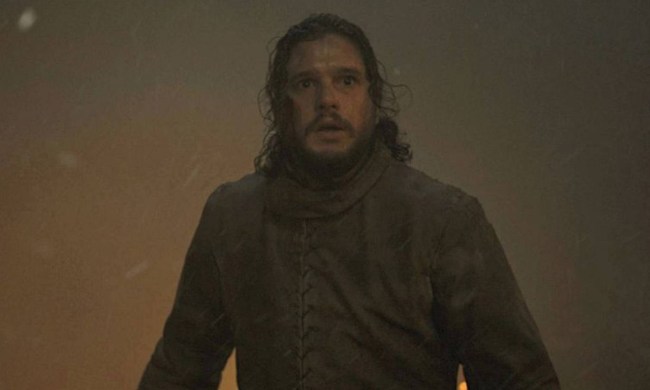 The Battle of Winterfell episode featured plenty of heroic performances highlighted by Arya Stark’s death-blow outta nowhere on the Night King. Let’s review and recap Episode 3 of Season 8 to see the heralded and unheralded Game of Thrones heroes who made it possible for the living to defeat the undead when their backs we against the wall.

Cnet put together a graph of on-screen kills by all of the GoT characters.

The brave Dothraki warriors were the first to defend Winterfell and their Khaleesi as they rode fearlessly into the unknown to battle the mysterious Army of the Dead. Who could forget the words “Protect the retreat” of the Unsullied as they bravely held the frontline as other soldiers fled from the battle to the castle? Had they collapsed, so too would have Winterfell.

RELATED: Which ‘Game Of Thrones’ Characters Died, Survived And The Death Toll From The Battle Of Winterfell

Ser Jorah Mormont died doing what he loved — being friendzoned by Dany. But he put everything he had into defending Daenerys as he has done ever since he met her.

Jaime Lannister helped save Winterfell singlehandedly… literally. He also rescued Ser Brienne of Tarth when she was clobbered by a moving mountain of zombies.

Beric Dondarrion recruited the Hound to go on a suicide mission to save Arya from wights in the halls of Winterfell. In the end, Beric and his flaming sword did all that he could so that Arya could live and fulfill her prophecy of killing the blue-eyed Night King.

Theon Greyjoy got the redemption he so desperately sought as he came back to his “home” of Winterfell and gave his life defending Bran Stark from White Walkers and the Night King.

RELATED: After The Great War In Last Night’s ‘Game Of Thrones,’ What Is Left Of The Armies Facing Off In The Last War?

For some reason, Jon Snow was given a lot of grief for his role in the Great War of Winterfell. Many Game of Thrones fans called Jon Snow “useless” because he did not kill the Night King.

Samwell Tarly useless in the Battle of Winterfell? Sure. But was Jon Snow really worthless? He took Rhaegal to the skies and a blizzard to fight the Night King and his ice zombie dragon.

Then on the ground, Jon Snow AKA Aegon Targaryen took on a friggin’ zombie ice dragon by himself. This is what allowed Arya to sneak past the zombie dragon Viserion. Jon Snow made himself appear as a dragon snack so that Arya could get close enough to the Night King to kill him.

Watch it again, you can actually hear him scream “GOOOOO – GO – GO”.

10 seconds later the scene you can see the hair of a White Walker flying up when Arya sprints past the group of White Walkers.

Jon once again was ready to sacrifice himself to kill the Night King.”

At the around the 1:30-mark, Jon gets all up in the face of Viserion and starts yelling. What first sounds like a battle cry is very possibly telling Arya to “GOOO!” because he has the attention of the ice dragon, who is controlled by the Night King. Having Jon Snow and the Three-Eyed Raven both in his grasp at the same exact moment may have confused and delighted the Night King and that is why he took so long to kill either of them. But it gave Arya enough time to assassinate the Night King.

Arya’s assassination of the Night King shouldn’t surprise anyone, the clues were right in front of us this whole time.

The concerted effort of different clans from different towns and different lands made sure that winter fell in Winterfell.

RELATED: How To Optimize Your TV So You Can See The Battle Of Winterfell, Plus Watch Dark ‘Game Of Thrones’ Scenes Get Brighter