A ‘Matrix: Resurrections’ Star Thought He Pissed His Pants While Filming A Scene With Keanu Reeves 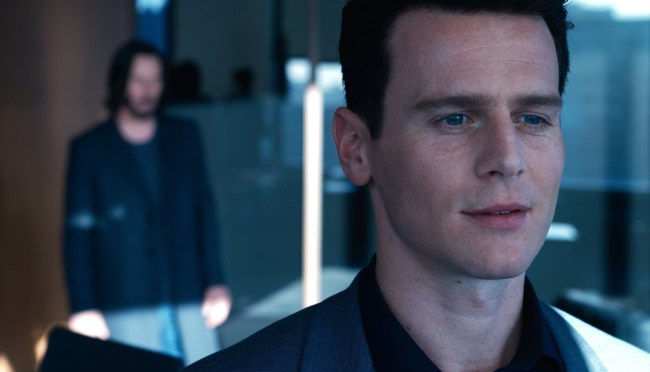 Unfortunately, due to the current state of the virus in New York City and the holidays right around the corner, I had to bail on my screening of The Matrix: Resurrections out of an abundance of caution. This, obviously, is one of the massive perks of Warner Bros. deciding to simultaneously release all of their 2021 films on HBO Max, as I knew I’d be able to watch on opening day from the comfort of my own couch. Had The Matrix: Resurrections only been released in theaters, my calculations might have changed, but because I’m able to enjoy the film the day it’s released, it was a no-brainer. Look, I love the movie theater experience as much as the next guy, but I’m surely going to miss the hybrid release strategy, as Warner Bros. has already confirmed they’ll be doing away with it in 2022.

My point is that I, like most of you, have yet to see The Matrix: Resurrections, so I’m unable to give you a review at this time. So far, reactions have been wildly varied — I’ve seen some people say it’s the best movie of the year, while others claim it’s a two-plus-hour eye-roll of a film. Given that I adore the original film and think The Matrix Reloaded is far better than it’s given credit for — The Matrix Revolutions, though, undoubtedly blows — I imagine I’ll wind up agreeing with the more positive reviews. Plus, Keanu Reeves! More Keanu Reeves is always a good thing in my book.

I imagine, similar to the rest of us, that The Matrix: Resurrections co-star Jonathan Groff also has an immense appreciation for the iconic action star, which likely made it all the more embarrassing when he thought he pissed himself while filming a scene with the 57-year-old legend.

“When it [shooting the scene] was over, I was like, ‘I think I wet my pants. I think I peed myself,'” Groff told Entertainment Weekly.

“You know when you pee yourself you feel that, like, hot urine? … But then, it didn’t go away,” he continues as his castmates burst into laughs. Groff was determined to solve this mystery. “When you pee yourself, it’s hot for a second and then it gets cold, and so [the sensation] sustained. Then I thought one of the shells from the gun had come down my shirt, which they warn you might happen. I was reaching down there looking for this shell but it wasn’t down there. But for like 10 minutes, I had this heat emanating from my…”

Priyanka Chopra, sitting next to Groff during the conversation, clears her throat. “Groin,” he finishes with a smile.

The Matrix franchise veteran Carrie-Anne Moss came to Groff’s rescue with a more logical explanation, though:

At the time, Reeves thought his colleague had opened his root chakra, but Groff was fascinated by Carrie-Anne Moss’ explanation, which was a very Matrix-appropriate thought. “You were saying sometimes your body doesn’t know it’s not real,” Groff recalls.

“When I shoot a gun, I can look really cool in a scene, but afterward it’s like my body doesn’t know it’s not real, and it’s really intense,” Moss explains. “Unless you’re really experienced [and] you’ve gone beyond that point. My body has a physical reaction to it.”

“But you didn’t pee your pants,” she clarifies of Groff. “To be clear.”

I’ll be checking out The Matrix: Resurrections tonight, and whether it’s “good” or not is, frankly, irrelevant, because I know I’m going to enjoy it either way.