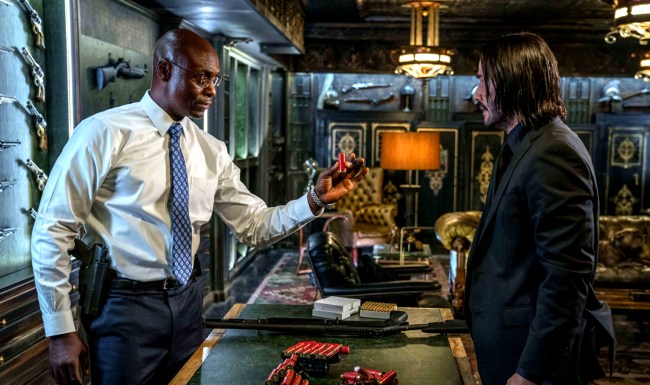 Despite now approaching 60-years-old, the legend of Keanu Reeves seems to grow regularly. Seemingly weekly, a new story about Keeves’ immaculate quality of character makes its way to the light. I actually just wrote an article about how awful of a person former Jacksonville Jaguars head coach Urban Meyer is earlier this morning — Keanu Reeves is essentially the anti-Urban Meyer. Where as Meyer seemed intent on putting those around him down, Reeves is endlessly committed to lifting people up.

Take this story from John Wick co-star Lance Reddick, for example, who recently detailed the time that Reeves showed up on set — despite not actually being involved in the scene — solely to say hello to Reddick for his birthday. Remember: this is a movie star we’re talking about, people. Most movie stars barely want to lift a finger, let alone go out of their way to be decent to others.

“During John Wick: Chapter Four, my first day of filming happened to be Keanu’s birthday. But he wasn’t in the scene. He came to the set anyway at nine o’clock at night with his girlfriend who I had never met. And she is … can I say a bad word?” Reddick said.

His girlfriend is cool as f*ck. And she told me that she asked Keanu what he wanted to do for his birthday and he said, “I want to go see Lance.” He’d never done this before but he wrote me a note thanking me for what I brought to the character in these movies. And he wanted to give the note to me. I’ll never forget it. I’m going to cry now. [via Vulture]