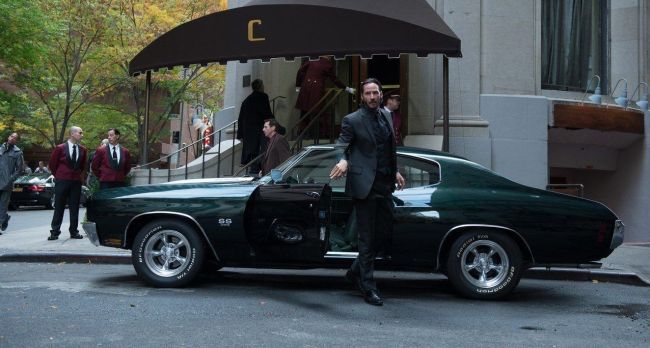 After originally being announced all the way back in 2018, plot details for the mysterious spin-off series based on The Continental hotel in the John Wick franchise have finally been revealed.

In an exclusive interview with Deadline, Lionsgate Television chairman Kevin Beggs revealed that the series will focus on a young version of the Winston character (played by Ian McShane) and how he came to own the New York Continental Hotel.

“What we’re exploring in The Continental is the young Winston and how it came to be that he and his team of confederates found their way into this hotel which we have met for the first time in the movie franchise 40 years later,” Beggs said.

“That’s the arena. I won’t give away more than that, but Starz really leaned into this take also, and they have been great collaborators. And how we’ve approached this first season is as three essentially 90-minute events which you could construe as a limited series or a limited event series.”

It’s been a long-and-winding road to production for The Continental, which was first announced close to three years ago. While Winston actor Ian McShane previously confirmed he will not be appearing in the series, Starz exec previously teased that “you can expect to see Reeves at some point on the series.” However, given the regime change at the network and the plans to set the franchise in the past, Wick is not expected to appear in the series.

“Keanu is in talks to executive produce,” Beggs said. “Because we’re way back in time, way back pre-John Wick and even pre-young John Wick, that character is not finding his way into the universe. We are in the John Wick universe, but it’s way back in time.”

As for the highly-anticipated fourth entry in the main John Wick franchise, filming is set to begin in June, putting it on track for its currently scheduled May 22, 2022 release date. The fifth John Wick film was originally scheduled to be filmed back-to-back with the fourth, however, due to the pandemic, those plans had to be altered. At this time, it’s unclear when John Wick 5 will begin filming.

In addition to the John Wick franchise, Keanu Reeves also has the fourth Matrix film (rumored to be titled The Matrix: Resurrections) due out later this year, and an adaptation of his BRZRKR graphic novel over at Netflix.

RELATED: Keanu Reeves Weighs In On Who He Thinks Would Win A Fight – John Wick Or Neo