Netflix Turning Keanu Reeves’ Comic Book About An 80,000-Year-Old Warrior Into A Movie 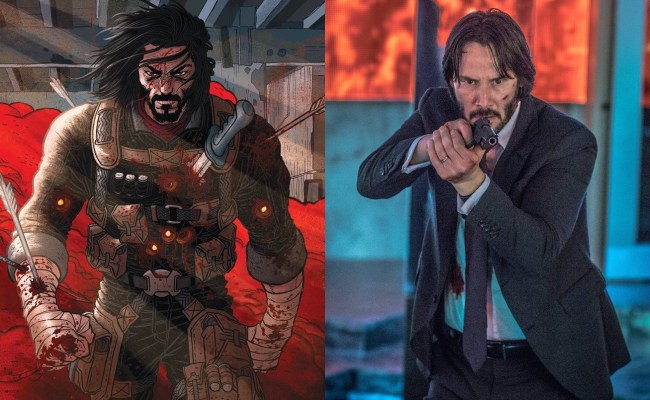 Serious question: have you ever met someone who didn’t like Keanu Reeves?  On the off chance you have, properly exile that person from your life, for they simply cannot be trusted. In fact, from where I sit, not only is Reeves an actor that everyone should adore, but he’s also someone who’s quietly worked his way into the conversation of greatest action stars of all-time, as you’d be hard-pressed to find a more elite foursome than Point Break, Speed, The Matrix franchise, and the John Wick franchise.

And while Reeves may now be 56-years-old, it doesn’t appear that his status as an action icon is going to come to an end anytime soon, as Netflix has announced they will be adapting his BRZRKR comic book series — which he wrote — into both a live-action film and an anime series, with Reeves set to produce and star in both.

“Netflix is developing a live action film AND follow-up anime series based on Keanu Reeves’ BRZRKR, a brutally epic saga about an immortal warrior’s 80,000 year fight through the ages. Reeves will produce and star in the film, and voice the anime,” Netflix announced in a tweet.

Reeves certainly has a busy year ahead of him: not only is The Matrix 4 (rumored to be titled The Matrix: Resurrections) set to be released later this year, but Reeves is set to film both John Wick 4 and John Wick 5 in the coming months. Once he’s finished with all that, we imagine, he’ll begin production on Netflix’s BRZRKR. Keanu Reeves starring as an immortal warrior in a “brutally epic saga that tracks his 80,000 fight through the ages”? Sign us ALL THE WAY UP.