The Title Of The Fourth ‘Matrix’ Film Has Seemingly Been Leaked 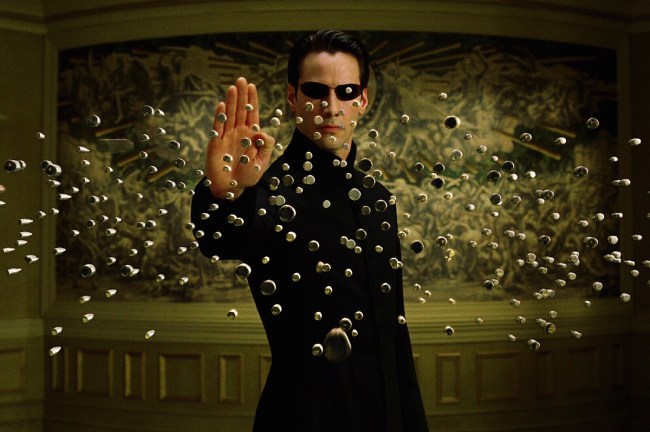 Back at the beginning of quarantine, I rewatched The Matrix trilogy for the first time in a while and was struck by how incredibly the original aged (and was also surprised by how good The Matrix Reloaded was). Sure, it all sort of went off the rails with The Matrix Revolutions, but as a whole, the franchise has stood the test of time and remains a remarkable achievement in action filmmaking. Still, all that said, a fourth film in the franchise never seemed as though it was going to come to fruition. And then John Wick happened.

Returning Keanu Reeves to the A-list mantle he occupied a decade ago, the John Wick franchise has made Reeves a brand unto himself, making a new Matrix film all the more marketable than ever, which is likely what led to the project being greenlit (this is merely cynical speculation).

Long story short, thanks to Keanu Reeves being the absolute MAN and the original directors having a story worth telling in mind, a new Matrix film is on the way, and if this leak from Hollywood hair and make-up artist Shunika Terry is to be believed, the title of that film is The Matrix: Resurrections (which totally makes fits).

While not much is known about the plot of Matrix 4, Reeves (duh), Carrie-Anne Moss, Jada Pinkett Smith, Lambert Wilson, and Daniel Bernhardt will all be reprising their roles from previous films in the franchise. Lawrence Fishburne, who iconically played Morpheus in the original trilogy, claims he was not asked to return. Given the apparent title of the film, though, it wouldn’t shock me in the slightest if Morpheus ultimately appeared. Additionally, the likes of Yahya Abdul-Mateen II, Neil Patrick Harris, Priyanka Chopra, Jessica Henwick, and Jonathan Groff, will be joining the OG cast.

At this time, The Matrix: Resurrections is scheduled to hit theaters in the United States on December 22, 2021. Plus, given that it’s a Warner Bros. film, the current plan is to also release the film on HBO Max that same day.