It’s Remarkable How Well ‘The Matrix’ Holds Up 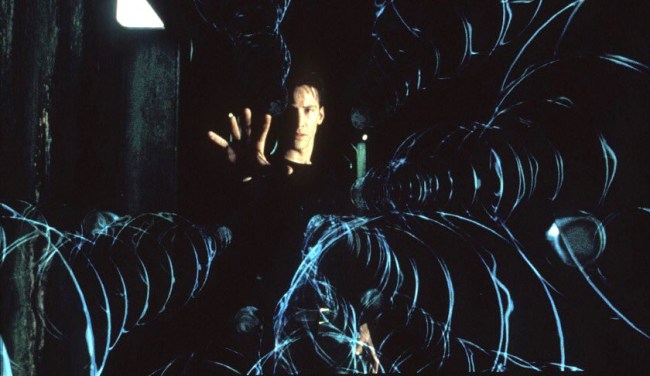 Even as a self-proclaimed film buff, the amount of movies I’ve been watching these days is exorbitant. My ADD brain simply needs background noise to function, so during the course of my workday alone, I’ve crushed two or three movies by the time 6 p.m. hits. Granted, it’s not as if I’m hanging on to every line delivery with bated breath — the movies more or less serve as white noise — but I tune into what’s going on with the plot often enough that they register as watches all the same.

Earlier this week, The Matrix celebrated its 21st anniversary, having been released on March 31, 1999 (that was back when March consisted for 31 days and not the seemingly 147 days that last March boasted). Coincidentally enough, the entire trilogy was added to Netflix the following day, presenting the perfect opportunity for me to catch up on the since rejuvenated franchise — prior to The Big Cancel, production on the fourth film was well underway in San Fransisco.

In the years since its release, The Matrix’s reputation has preceded itself, as its generally the consensus opinion that the two convoluted and over-bloated sequels failed to live up to soaring heights the original. I always found the criticism to be quite harsh, as I recall my teenage self quite enjoying The Matrix Reloaded and The Matrix Revolutions. That said, I was about eleven when both sequels dropped in 2003 (one dropped in May and the other in November), so it didn’t take much more than a couple of big explosions and slickly-choreographed fight sequences to earn my stamp of approval.

But in rewatching The Matrix last night, I realized that the widespread deriding of the sequels is more of a testament to the remarkable quality of the original.

In both idea and execution, The Matrix remains one of the most stubbornly unique action films I’ve ever seen. Rarely is the hero the least charismatic person in the movie, yet Keanu Reeves’ meek portrayal of the utterly bewildered Neo creates an audience avatar that’s rarely seen in a traditional action film. It can be difficult to relate to Tony Stark, after all.

Through this characterization, as Neo grows and learns, so does the audience, making his hero’s journey all the more rewarding by the time he becomes The One in the film’s final moments. Rarely are moments in film — especially action movies — as earned as Neo’s ultimate culmination in becoming The One.

Then, of course, there’s the action, particularly of the combat variety. Making camera cuts as little as possible, The Matrix flourishes when highlighting the hand-to-hand, ballet-esque fight choreography that has since made franchises like The Raid and John Wick considered to be among the greatest of the 21st century.

Most impressive of all, though, is not the tightly wound character and world-building or the ageless action sequences, but the film’s central idea: the idea of a Matrix.

This was the year 1999, for fuck’s sake — greater society still hadn’t even fully wrapped their heads around what the internet actually was. People thought that a technological-influenced apocalypse was upon us because computers simply couldn’t handle the transition from the year 1999 to 2000.

And yet there The Matrix was, popularizing an idea that’s now so widely-understood it’s become a meme in and of itself: the internet has been begging for our Matrix to be reset to the year 2015. The word “Matrix” has become synonymous with simulation, which is both a technology and a phenomenon that’s as present as ever in our society with the advent of augmented and virtual reality.

In 1999, The Matrix was seen as a dystopian glimpse into our future. Now, in 2020 — as we sit locked in our homes with nothing but computer and television screens to entertain us — it seems like more of a prophetic warning. It was ahead of its time in more ways than one.