Urban Meyer Wasn’t Just A Bad NFL Coach — He Was, And Is, A Bad Dude 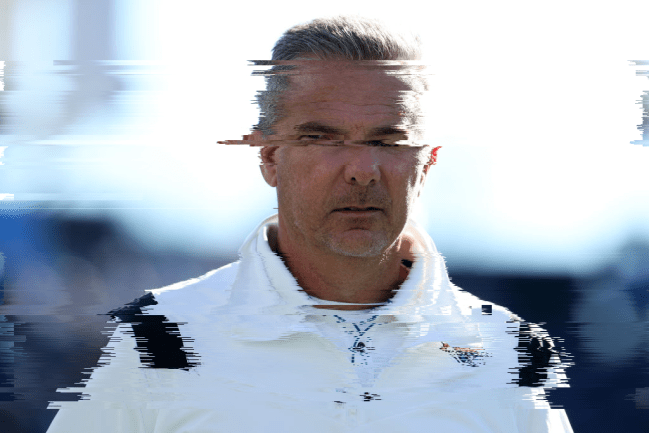 Following reports that Urban Meyer literally kicked former Jacksonville Jaguars kicker Josh Lambo, the Jags finally made the move they should’ve made months ago and fired the disgraced head coach, who will surely never coach in the NFL again and will likely struggle to secure a job at the collegiate level, as well.

Meyer’s tenure with the Jaguars was nothing short of a disaster, as his reign was marred by one controversy after another. From the hiring and subsequent resignation of Chris Doyle (who was canned for allegedly making racist remarks) to the signing of a washed-up Tim Tebow to play tight end, a position he had never played before — from the infamous bar video, which saw a visibly plastered Meyer grinding with a woman that wasn’t his wife, to reportedly calling his assistant coaches losers — from his lying about his confrontation with Marvin Jones Jr. to kicking Josh Lambo, Meyer’s tenure was an absolute travesty.

Ultimately, though, what Meyer’s run as Jaguars head coach confirmed, more so than his inability to coach an NFL team, is that he simply isn’t a good dude. The evidence was everywhere as Meyer has left a trail of destruction at all of his previous stops.

After he left the University of Florida, the Sporting News literally published a piece titled “How Urban Meyer broke Florida football”, which alleged that Meyer created a toxic culture in the locker room and departed just before its implosion. Lest we forget, a staggering 25 players were arrested during Meyer’s time as the Florida head coach. He was suspended from Ohio State for three games back due to his handling of former Buckeyes wide receiver coach Zach Smith’s domestic abuse. While he’s achieved success along the way, his departures — whether it be from Utah or Florida or Ohio State — virtually always ended in controversy.

What makes the Meyer story even more disturbing is that these are simply the details that have made their way to the light. This is a man who likely has a litany of undiscovered skeletons still buried in his closet — if he thought he could treat PROFESSIONAL ATHLETES the way he did, just imagine how he handled unpaid amateurs at the college level, men who were seeking guidance in their lives at the time they needed it most.

You don’t simply just *become* an abusive, irresponsible, disrespectful megalomaniac at the age of 57-years-old: this is who Urban Meyer is and who Urban Meyer has been. He’s a bad dude.