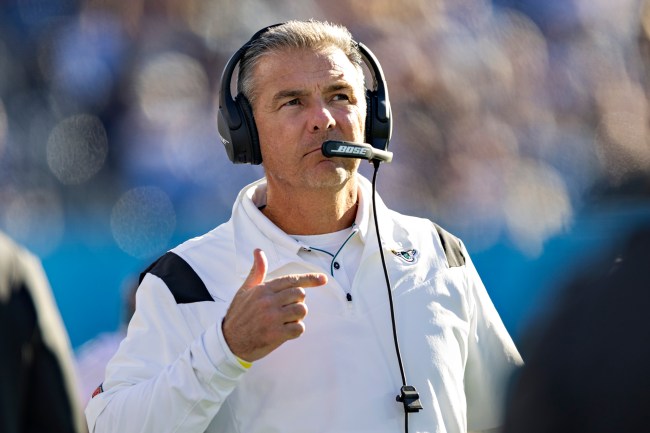 A troubling report surfaced out of Jacksonville late last week that was not a good look for Urban Meyer. Since then, he has been blatantly lying about what happened.

According to NFL insider Tom Pelissero, there has been mounting tension within the Jaguars’ organization. Apparently, he has had multiple incidents with both players and assistant coaches in recent weeks.

In the report, Pelissero detailed an altercation with veteran wide receiver Marvin Jones.

Receiver Marvin Jones — one of the locker room’s most respected and mild-mannered veterans — became so angry with Meyer’s public and private criticism of the receiver group that he left the facility until other staff members convinced him to come back and had a heated argument with Meyer during practice.

One day later, after a 20-0 loss to the Titans, Meyer denied any such an incident ever occurring.

Also, Urban Meyer denied that there was a confrontation with Marvin Jones, or calling coaches losers, but conceded that he's hard on his staff—which, truth be told, has always been the case regardless of where he's been. https://t.co/TLJmS9TTFM

Jones did not corroborate his head coach’s statements. He did not have much to say on Wednesday when he was asked about what happened, but he made it very clear that something did happen between him and Meyer.

Although his details were limited, Jones’ body language said everything. He handled himself in a professional manner and downplayed what happened with a smile.

#Jaguars WR Marvin Jones on the reports of him and Urban Meyer having a heated exchange. pic.twitter.com/dRnHitWFt7

But, again, despite Meyer’s denial, Jones made it clear that something happened. He even provided a timeline of “two and a half weeks ago.”

Meyer, who said that there was not a confrontation, is lying. Again.