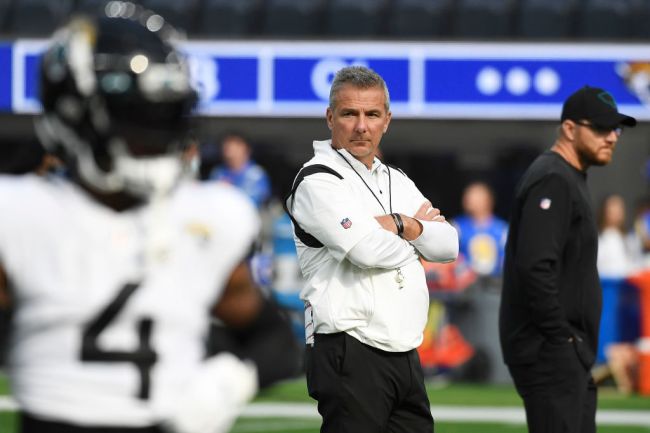 It appears that Urban Meyer is attempting to throw his assistant coaches under the bus during the Jaguars’ terrible 2-10 season.

According to NFL insider Tom Pelissero, tension has been mounting within the Jags organization after Meyer has had multiple heated incidents with players and assistant coaches in recent weeks.

I’m sorry you guys don’t like Urban Meyer’s icebreaker question but he didn’t want to do the normal “fun fact” thing, ok. pic.twitter.com/iPtQgsEGQN

But sources say Meyer’s repeated public comments shifting blame to players and coaches amid the team’s 2-10 season have exacerbated frustration in the building with his hard-charging and sometimes condescending approach — a style that many observers believed wouldn’t work in the NFL even before the Jaguars hired him.

During a staff meeting, Meyer delivered a biting message that he’s a winner and his assistant coaches are losers, according to several people informed of the contents of the meeting, challenging each coach individually to explain when they’ve ever won and forcing them to defend their résumés.

And the staff meeting follows a pattern of tense interactions between Meyer and his assistants dating back to the offseason. After opening the preseason with consecutive losses, for instance, sources say Meyer informed assistants that he was sick of being embarrassed and if the team didn’t start winning immediately, some of them wouldn’t be around for a second year.

Players are also apparently getting fed up with Meyer’s coaching style and have expressed their frustrations to players on other teams.

Receiver Marvin Jones — one of the locker room’s most respected and mild-mannered veterans — became so angry with Meyer’s public and private criticism of the receiver group that he left the facility until other staff members convinced him to come back and had a heated argument with Meyer during practice.

Several Jaguars players vented their frustration to Rams players after that game, sources say, reiterating a common complaint that Meyer — who had no prior NFL experience — doesn’t treat them like adults

Despite all the dysfunction within the organization, Pelissero does note that there are no signs that Jags owner Shad Khan is going to fire Meyer any time soon.