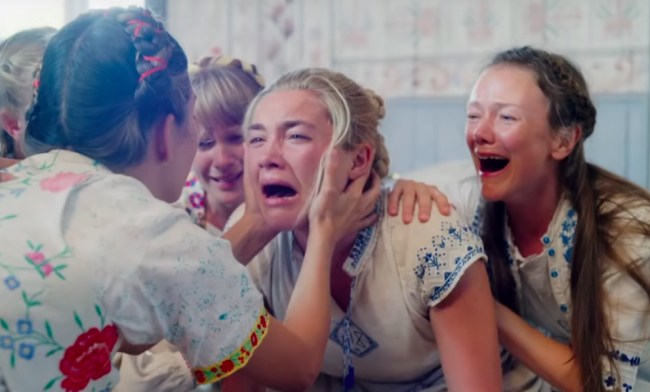 That’s not to say there aren’t still plenty of dumbass horror movies being produced today—many of which I enjoy far more than I should (shoutout to The Purge franchise)—but in the past few years, we’ve been treated to films from a variety of directors who have helped revamp the genre.

Based on the fact that he made a name for himself doing goofy shit on Comedy Central, I never would have guessed that Jordan Peele would be one of the people responsible for helping to resurrect horror but he did exactly that with the smash hit that was Get Out before moving onto the slightly less unsettling reboot of The Twilight Zone.

There’s no question Peele knows what he’s doing when it comes to horror and I respect the hell out of his opinion when it comes to what he has to say about other people who are also attempting to master the craft.

As a result, I am officially all-in on the upcoming Midsommar, which caught my attention when the trailer dropped a few weeks ago.

The film is written and directed by Ari Aster, the man responsible for 2018’s Hereditary, which featured one of the best unexpected twists I’ve seen in recent memory. It was one hell of a debut for Aster, but if Peele’s reaction to a recent screening of Midsommar is any indication, he may have outdone himself with the follow-up.

According to Entertainment Weekly, Peele and Aster sat down for a chat mediated by the magazine Fangoria in which the former praised the latter’s movie and said he thought it was “the most idyllic horror film of all time.” He continued, saying it features “some of the most atrociously disturbing imagery [he’s] ever seen on film,” which is certainly no small feat.

We’ll get a chance to see if we can still keep trusting Peele’s opinion when Midsommar hits theaters on July 3rd.