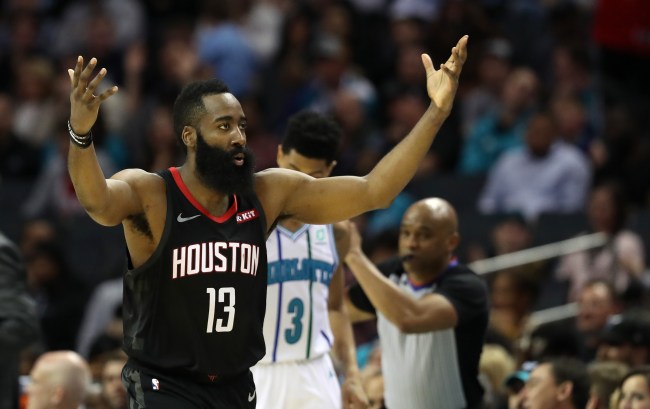 Kylie Jenner’s BFF Jordyn Woods can’t seem to stop hooking up with men who have been with Khloe Kardashian.

Last week, Woods infamously had an affair with Tristan Thompson which broke up Thompson’s marriage with Khloe.

Jordyn Woods apparently wasn’t just intimate with Tristan Thompson, but in a shocking turn of events also claimed to have spent one-on-one time with Khloé Kardashian‘s other ex, James Harden.

Sources connected to the situation tell The Blast, Woods told friends that she “hooked up” with the Houston Rockets star right after her infamous meet up with Thompson.

The incident with Harden allegedly went down Monday, February 18 in Los Angeles, after James returned home from the NBA All-Star game in Charlotte, NC.

We’re told Woods confided in friends she met up with Harden, and also claimed at the time that she ran the situation by Khloé, who dated Harden for 8-months, and was given the reality star’s “blessing.” We’re told Woods then said she didn’t return home until the next morning.

Unfortunately, Khloé did NOT know about the meeting between Woods and her ex-boyfriend, and only found out through friends after the news broke about Thompson’s alleged infidelity with Woods.

Khloe and the Kardashians are apparently not happy with Ms Woods and have cut her off completely.

Jordyn Woods has been cut off from future business ventures with the Kardashian family.#ComplexNews pic.twitter.com/AXxiaL7H5n

Woods might as well change her name to Kardashian at this point.