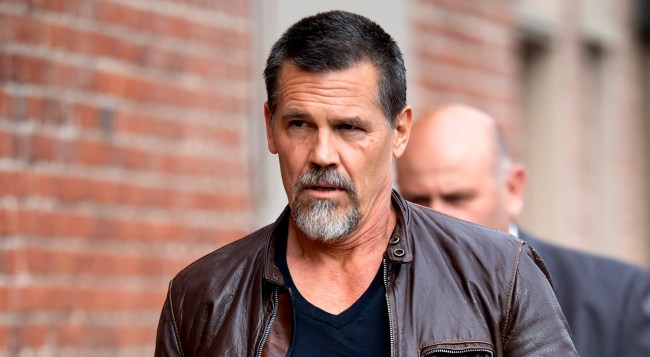 Avengers and Deadpool star Josh Brolin took to social media to say that he tried the viral wellness trend of perineum sunning and issued a dire warning for anyone else who might be thinking about trying it.

For the uninitiated (lucky you), perineum sunning, AKA sunning your butthole, has “started to gain momentum,” according to Health.com, after some social media influencers shared photos and videos of themselves performing the unusual act.

It appears to have gotten fired up with an Instagram photo posted in October by @metaphysicalmeagen.

“Perineum sunning is an ancient Taoist practice that originated in the Far East. In Taoism, the perenium or Hui Yin is called the ‘Gate of Life and Death.’ This is a gateway where energy enters & exits the body,” she wrote.

According to her, the benefits of perineum sunning include strengthening the body’s organs, prevention against the leakage of chi or life force energy from the body, increased creativity and creative output, a healthy libido and balanced sexual energy, regulating the circadian rhythm and promoting deeper sleep, as well as increasing your personal magnetism and amplifying the auric field.

She states that her “experience with perineum sunning has been profound,” but warns, “THE INTENTION OF THIS IS NOT TO TAN YOUR BUTTHOLE‼️‼️”

With all of that in mind, Brolin says he decided to give perineum sunning a shot – something he now regrets.

“Tried this perineum sunning that I’ve been hearing about and my suggestion is DO NOT do it as long as I did,” Brolin wrote on Instagram. “My pucker hole is crazy burned and I was going to spend the day shopping with my family and instead I’m icing and using aloe and burn creams because of the severity of the pain. I don’t know who the fuck thought of this stupid shit but fuck you nonetheless. Seriously. #blackholefriday #blackholesun #severeperineumburns #santamonicafiredepartment #assholecare.”

Of course, he could have just been joking, but that didn’t stop many of his celebrity friends from mocking him in the comments section.

“This is what will finally get people to react to climate change including me,” commented Amy Schumer.