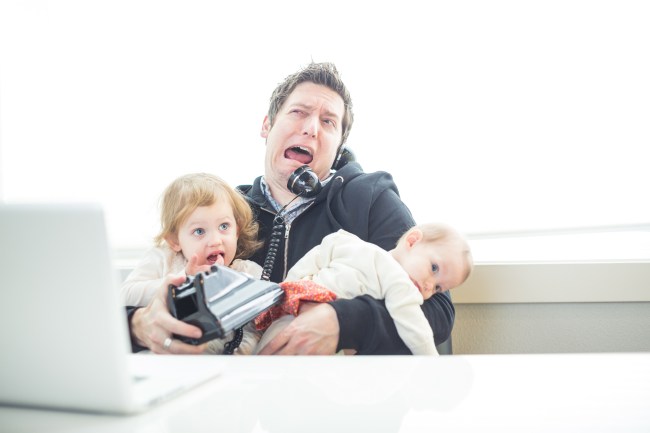 The United States is just about the worst developed country for parental leave. Out of the world’s 196 countries, the U.S. is one of only four that has no federally mandated policy to give new parents paid time off, according to Business Insider.

For comparison, mothers in Finland can start their maternity leave seven weeks before their expected due date and the government covers 16 weeks of paid leave through a maternity grant, even for mothers who don’t have a job. Finland also offers eight weeks of paid paternity leave, and after a child turns three, parents have the option of splitting time between home and work until the child enters second grade. Sweden not only gives mothers 480 days of leave at 80% of their normal pay, but also entitles dads to 90 paid paternity days specifically for them.

Things may be starting to shift in America, as the American Civil Liberties Union announced a first-of-its-kind class action settlement with JPMorgan Chase on behalf of hundreds of male employees who claimed they weren’t given the same paid leave as mothers when they became new parents.

The settlement, which ended up being the biggest ever recorded in a US parental leave discrimination case, was filed in Ohio federal court by Chase employee Derek Rotondo. Rotondo claimed that when he asked Chase’s HR to take 14 weeks of leave after his son was born, they told him only women were considered primary caregivers and eligible for the full 16 weeks of paid parental leave, according to New York Post. Fathers were only eligible for two paid weeks.

“I love my children, and all I wanted was to spend time with them when they were born,” Rotondo said in a statement from the ACLU. “I’m proud that since I filed my charge, Chase has clarified its policy to ensure that both male and female employees who wish to be the primary parental caregiver have equal access to those benefits.”

In Chase’s defense, as of 2016, the company increased the overall amount of paid parental leave available to its employees from 12 weeks to 16 weeks, with non-primary caregivers eligible for two weeks of paid parental leave. This was way above the average of paid leave time for most American companies.

“Unfortunately, the gender stereotype that raising children is a woman’s job is still prevalent, and is reflected in far too many corporate policies. We are pleased that Chase is committed to ensuring that its parental leave system meets the needs of today’s families.”

I may fuck around and have a kid just to get some time off.