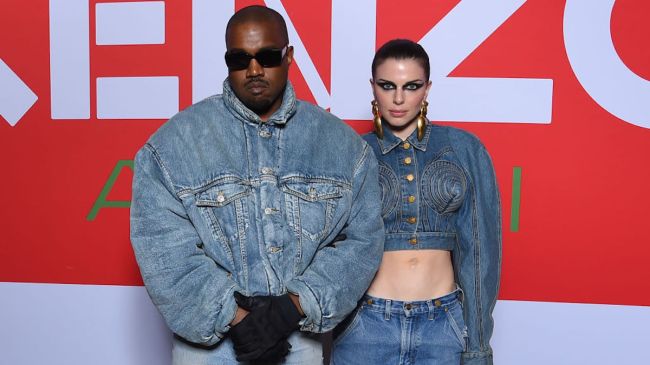 For a brief period earlier this year, Uncut Gems actress and model Julia Fox was dating fashion designer and Instagram influencer Kanye West, who was fresh off his divorce from reality TV star Kim Kardashian.

Now, the 32-year-old Fox — who has also appeared in films such as PVT Chat and No Sudden Move — is claiming that the real reason she dated the erratic and controversial former rapper in an effort to distract him from his usual hobby of harassing Kardashian.

“Then I had this thought: I was like, oh my god, maybe I can get him off of Kim’s case. Maybe I can distract him, just get him to like me and I knew if anyone can do it, it’s me because when I set my mind to something, I do it,” Fox said on TikTok.

“And I will say that that month that we spent together, he wasn’t on Twitter first of all. He wasn’t on any forms of social media. He didn’t even talk about his relationship. We only really talked about clothes and weird ideas and plans for the future and our hopes and dreams for childhood and education.”

The relationship between Fox and West only lasted about a couple of months. In the months since the pair broke up, West has gone on to lose over $500 million of his net worth as a result of the deals he lost due to his recent antisemitic comments. Over the last few months, West has been dropped by Adidas, Balenciaga, and his agency CAA and has been suspended from various social media apps (although he resurfaced on Twitter over the weekend).

As for his ex-wife Kim Kardashian, she dated Pete Davidson for close to a year before the pair eventually broke up earlier this year.