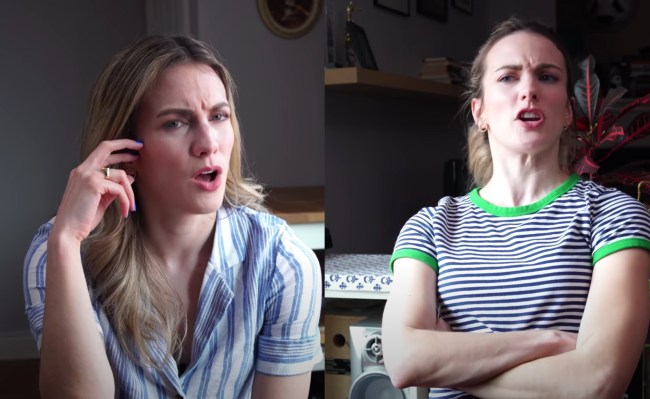 To think back to January 2020 and how the Australian wildfires seemed like they were going to be the defining global story of 2020 at the time is truly insane. I want to go back in time and comment “Oh, honey” on everyone’s Facebook status raising the alarms as if nothing could possibly ever be worse than what was happening at that moment. And don’t get me wrong, those wildfires were beyond belief they were so horrific. The amount of damage done and life lost is staggering. But we were all so naive to think that things couldn’t get worse.

Comedienne Julie Nolke‘s (@julienolke IG and Twitter) video about going back in time to January and telling her past self what to expect in the future is a surreal look at just how much life has changed in such a short period of time. She’s racked up almost a million views overnight and the video’s just getting started with its popularity.

I don’t usually share sketch comedy clips like this here on BroBible, at least not in a long time, but this one seemed very appropriate for the current state of affairs. “The walks are gonna be clutch” … “Not even a little bit” … Her delivery here is masterful.

I barely remember the end of 2019 and start of 2020 at this point. I won’t bring you guys down but I’ll say Christmas was canceled last year because my parents were both sick and rescheduled for later and after that things only got much, much worse. It’s fucking dizzying to think back to what my life was like in the first week of January compared to where I’m at now. And I know the same is true for a lot of people out here.

I guess what I’m getting at here is this video reminds me of the YouTube from years ago witch funny sketch comedy videos and I miss that version of YouTube. I’m tired of the version where the ‘trending’ page is a bunch of dumbass influencers in Los Angeles screaming into the camera about breakups and makeups and other shit I could not give one flying fuck about if you paid me.