RUN! Do Not Walk! ‘Jurassic World: Fallen Kingdom’ Teaser Trailer Is Here And Dinosaurs Are Coming 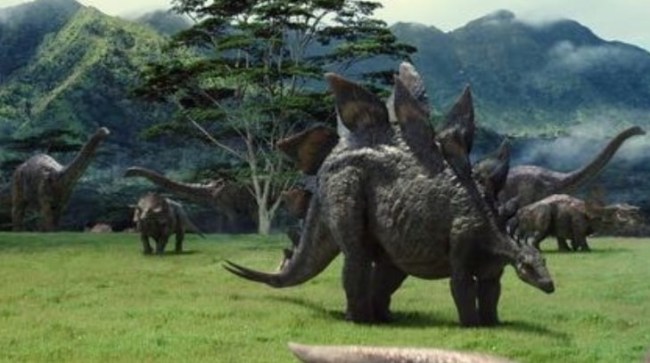 In the teaser trailer for Jurassic World: Fallen Kingdom, everyone and everything is running for their lives. That includes Chris Pratt AKA dinosaur trainer Owen Grady, a triceratops, what appears to be an ankylosaurus, a stegosaurus, some brontosaurus-looking dinosaurs, and maybe some troodons. Even pterodactyls are getting the fuck out of the forest because something very big and very dangerous is on the way. Bryce Dallas Howard and Justice Smith can just look in shock as a stampede of giant dinos come charging towards them.

The teaser trailer jumps right into the action and a world full of various reincarnated dinosaurs. Sadly, you’ll have to wait until Thursday for the first official full-length trailer for Jurassic World: Fallen Kingdom.