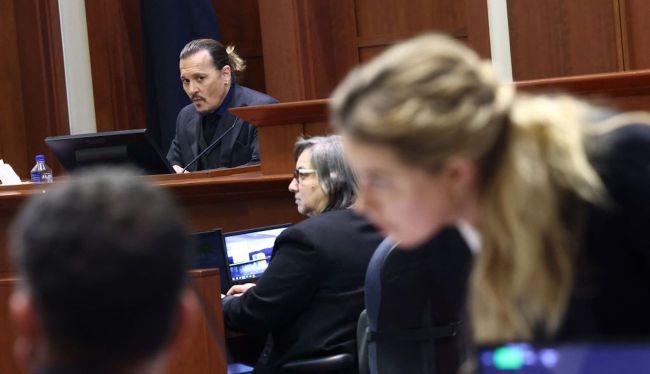 Despite the fact that the highly-publicized defamation trial between Johnny Depp and Amber Heard came to a conclusion next week, details about the proceedings continue to make their way into the public spotlight.

According to Judy Bellinger, the court stenographer who worked the trial (which too place in Fairfax County, Virginia), she witnessed “several jury members dozing off to sleep during the course of the trial,” according to Variety, citing an interview on the Law & Crime Network.

“It was tough,” Bellinger said. “There was a lot of video deposition and they’d just sit there and all of a sudden I’d see their heads drop.”

While Bellinger said the majority of the jury was “very intent” and “listening intently” during the trial, she added, “Unfortunately, when the jury was chosen we knew there were going to be some that wouldn’t see it all the way through.”

Ultimately, the jury ruled in favor of Depp, who brought the lawsuit against his ex-wife Amber Heard in March 2019, alleging that she defamed him in her 2018 Washington Post op-ed. As a result of the ruling, the court ordered Heard to pay Depp $15 million in damages — a fee her lawyer says she “absolutely” cannot afford.

RELATED: Legal Experts Say That The Jury Did Not Find Amber Heard To Be A ‘Credible’ Witness ‘At All’