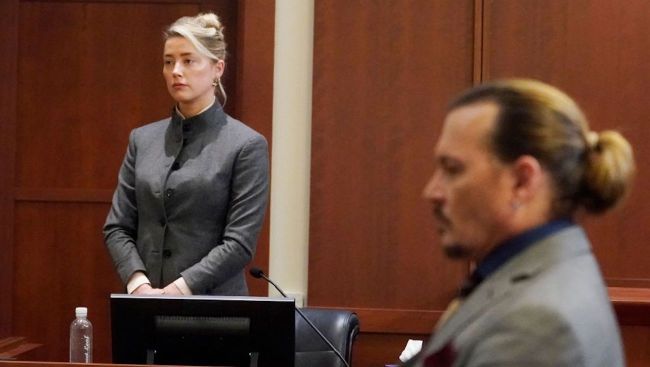 After a Virginia court ruled in favor of Johnny Depp in his defamation lawsuit against his ex-wife Amber Heard, the 36-year-old actress released a statement on the ruling saying she was “heartbroken” by the decision and that she believes her ex-husband’s “power and influence” is the reason she lost the suit.

One legal expert, though, told NBC News that she believes the jury did not find Heard to be “credible at all.”

The seven-person jury in Fairfax County, Virginia, “did not find Amber Heard credible at all,” said Limor Mojdehiazad, a family law litigator in Los Angeles.

“For a jury to ever find actual malice and defamation in a case like this, it really has to be they didn’t find Amber Heard credible and they stopped listening to her case,” Mojdehiazad said. [via NBC News]

Additionally, further legal experts, including Mojdehiazad, told NBC News that there are a “myriad” of reasons why the jury might not have found Heard credible, such as her personal delivery and the quality of her legal team.

Legal experts who spoke to NBC News said there are myriad reasons the jury might have found Heard less credible, including how she delivered her testimony and the disparity in quality between the legal teams Heard and Depp hired. Factors like Heard’s and Depp’s body language and the length of the trial itself could also have played roles in the outcome, Mojdehiazad said. [via NBC News]

Speaking to The Today Show, Heard’s lawyer said that the Aquaman star “absolutely” cannot afford to pay the millions of dollars in damages that the court ordered she pay Depp, who said in a statement that the jury’s decision has “given him his life back.”