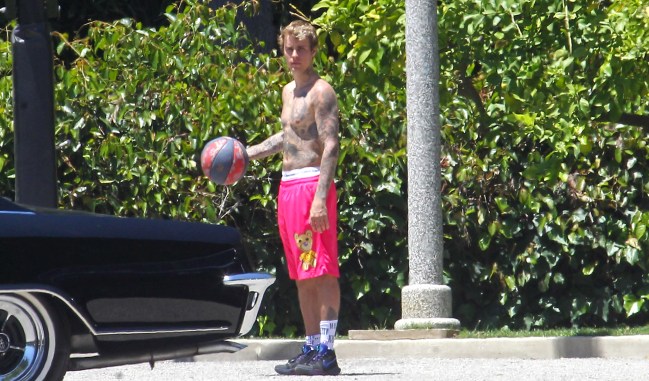 One of the women who goes by Danielle on social media claimed Bieber sexually assaulted her in a Four Seasons Hotel in Austin on March 9, 2014 after performing at SXSW.

The other who goes by Kadi on social media claimed Bieber sexually assaulted her at 2:30 a.m. the Langham Hotel in New York on May 5, 2015.

Bieber denied both allegations in a lengthy series of tweets in which he stated, “I don’t normally address things as I have dealt with random accusations my entire career but after talking with my wife and team I have decided to speak up on an issue tonight. Rumors are rumors but sexual abuse is something I don’t take lightly. I wanted to speak out right away but out of respect to so many victims who deal with these issues daily I wanted to make sure I gathered the facts before I made any statement.”

He also literally showed the receipts from the Airbnb he stayed at on March 9, 2014 with Selena Gomez.

Furthermore I stayed with Selena and our friends at an airbnb on the 9th and on the 10th stayed at a Westin because our hotel reservation at LÀ Quinta and not the four seasons was messed up. Here are the receipts for the hotel on the 10th pic.twitter.com/hLNHnvJ6XS

We have also confirmed with the Four Seasons regional manager that I was never on property on the 9th of March 2014 and never a guest on the 9th or the 10th and I welcome all press to inquire with them if needed or wanted.

He added that, “Every claim of sexual abuse should be taken very seriously and this is why my response was needed. However this story is factually impossible and that is why I will be working with twitter and authorities to take legal action.”

On Thursday, it was officially revealed that Bieber had indeed taken legal action in the form of filing a defamation lawsuit for $10 million against each woman, reports TMZ.

According to the docs … Bieber did make a surprise appearance at SXSW, but did NOT stay at the Four Seasons Hotel or even have a room there. Instead, he and his girlfriend at the time, Selena Gomez, left together after his SXSW performance and stayed nearby at a rental property.

Bieber alleges Danielle totally made up her story based on public reports that he ate at the Four Seasons Restaurant on March 10, 2014.

As for Kadi … she claims Bieber sexually assaulted her at the Langham Hotel in NYC around 2:30 AM on the morning of May 5, 2015. Once again, Bieber says this is factually impossible and calls Kadi’s social media post “an elaborate hoax.”

According to Bieber … Kadi is a superfan who waits outside hotels for him, is desperate to meet him and desperate for fame. However, Bieber claims Kadi has never met him … and says she even admitted to such in her own tweets AFTER the date she now claims he sexually assaulted her.

As for the May 5, 2015 allegation … Bieber claims Kadi fabricated it because she knew Bieber attended the Met Gala.

Bieber did attend the Met Gala that night (seen above), but claims in the lawsuit that he attended a private after-party following the event and was there until almost 4 a.m. He also claims he has photographic evidence and several witnesses, stating the allegations made by Kadi are an “impossibility.”

He also believes that both Twitter accounts that made the accusations are run by the same person and not two separate women or are working in concert in an attempt to damage his reputation.