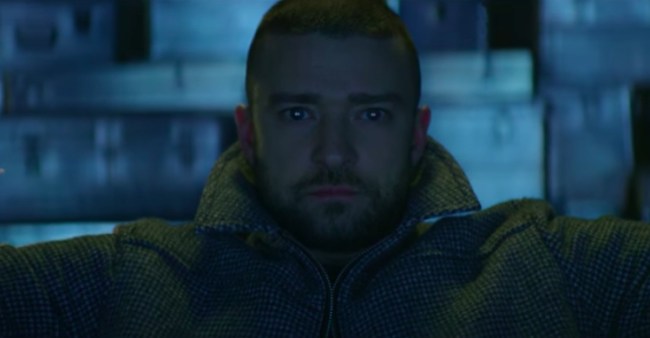 It’s been five years since the world was treated to an album from noted denim enthusiast Justin Timberlake, who kicked off his career by playing second fiddle to fellow Mouseketeer Ryan Gosling on The Mickey Mouse Club before deciding to dedicate his life to pumping out music made for people to have sex to and making every other member of NSYNC feel bad about themselves. Ben and Jerry’s should honestly cut him a check based on the number of pints he’s probably made his former bandmates eat alone by themselves in a dark room.

Last month, Timberlake announced the upcoming February 2nd release of his album Man of the Woods, giving us ample time to prepare for the inevitable few months when it will be impossible to walk into a grocery store without hearing every single one of his singles while you’re shopping. The singer has previously said the album would be notably influenced by the Southern music he was exposed to during his upbringing in Tennessee, but if the video for the single “Supplies” is any indication, Timberlake— much like John Denver— is full of shit.

Timberlake teamed up with long-time collaborator, big hat wearer, and producing legend Pharrell (as well as Chad Hugo, the other half of The Neptunes) to create another catchy pop hit before deciding to jump on the Woke Celebrity bandwagon with a music video that has close to nothing to do with lyrics that are almost entirely about boning.

It’s safe to say that “Supplies” will make an appearance when JT performs at the Super Bowl halftime show in a couple of weeks.