Kanye Is Now Beefing With Diddy, Shares Private Texts Of Them Arguing, Says He’ll Use Diddy As ‘An Example To Jewish People’ 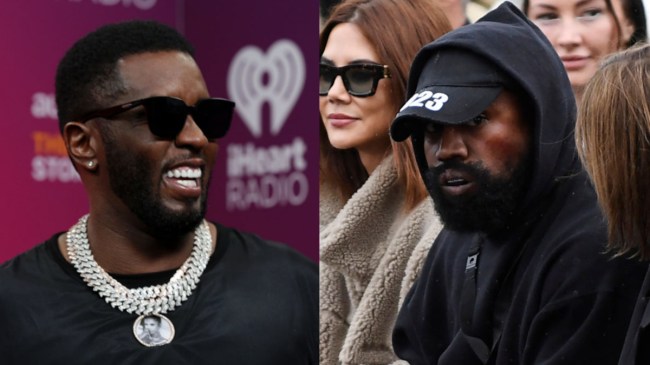 Just days after going on The Breakfast Club radio show to defend Kanye West as a “free thinker”, rapper and record producer Diddy now finds himself beefing with West, who has taken to Instagram to share photos of their private text messages.

Given that West has been known to post and later delete Instagram content, we’ve also taken screenshots of the alleged messages between him and Diddy, which you can find below.

While it’s unclear exactly who or what started the conversation, the first text posted by Kanye was a long one that he apparently sent to Diddy claiming that he plans to sell “White Lives Matter” tees while also begging him to “come do something illegal” to him. 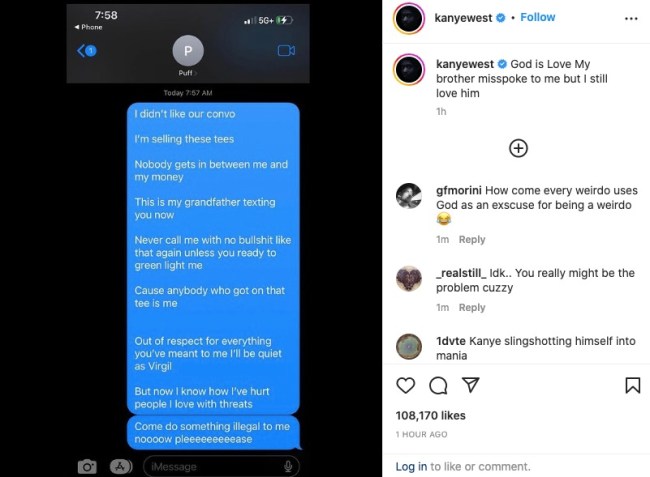 The next text message sees Diddy responding for an address to “meet face to face” with Kanye: 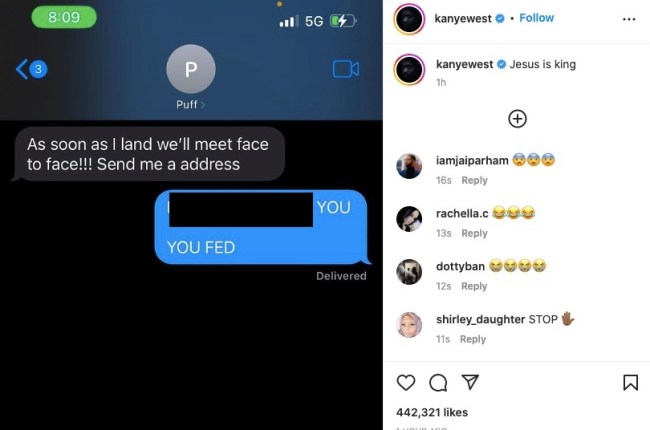 While Diddy tries to get Kanye to meet up in real life and stop “playing these internet games,” Kanye refuses and then says he’s going to use Diddy as “an example to show the Jewish people that told you to call me that no one can threaten or influence me” before declaring that “this means war.” 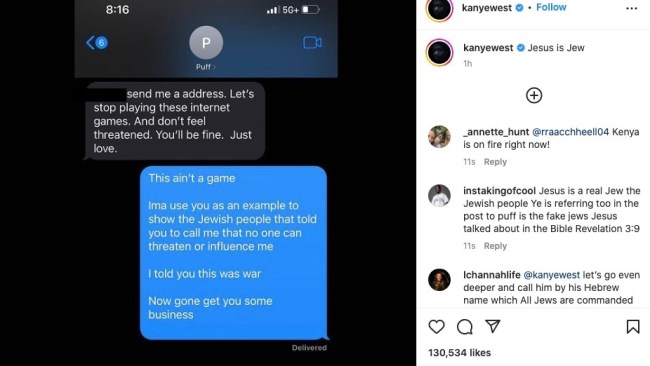 Finally, after Diddy tries to level with him man-to-man, Kanye warns that he’ll be publicly sharing any texts that Diddy sends him: 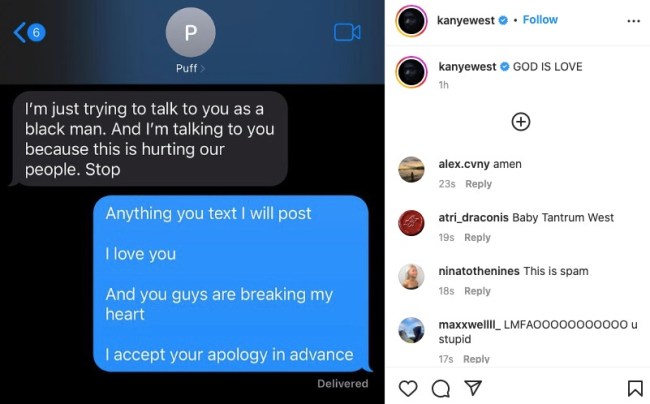 In addition to the texts with Diddy, Kanye also posted an apparent exchange with his “super educated former Black Panther” father that saw him approve of the White Lives Matter shirt, in addition to an announcement that the shirts will be put on sale today: 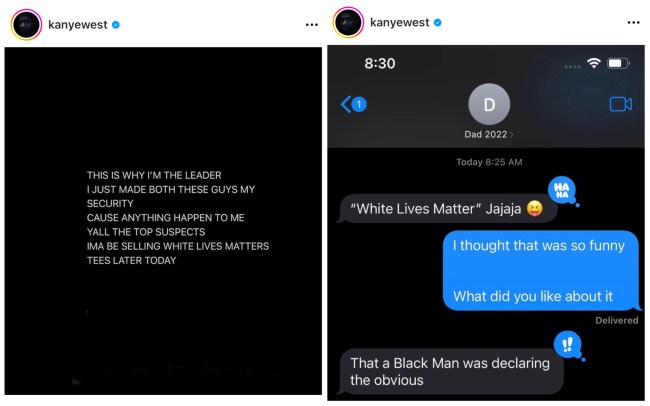 The public beef with Diddy is just the latest fallout from Kanye’s “White Lives Matter” shirt, which he unveiled earlier this week at his YZY show during Paris Fashion Week.