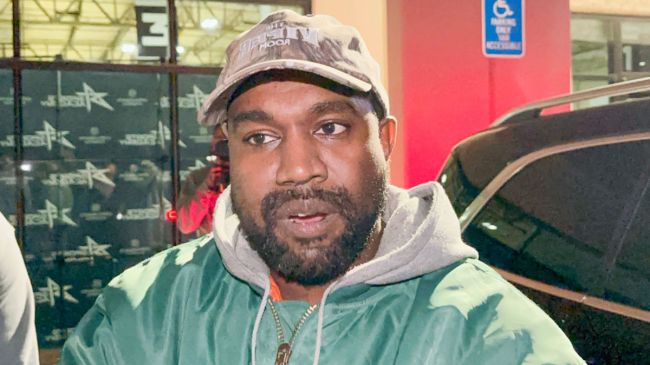 Following his latest antisemitic tirade both on Alex Jones’ InfoWars and on his now-suspended Twitter account, even Kanye West’s staunchest fans are finally beginning to turn on him, as the former rapper’s official Reddit page — with more than 700,000 subscribers — has recently been flooded with Taylor Swift and Holocaust awareness content.

On Thursday, West went on to InfoWars to further proliferate his appreciation of Nazis, literally saying things like “I love Hitler” and people need to “stop dissing Nazis.” The 45-year-old father-of-four then logged onto Elon Musk’s Twitter and shared a shocking image of a swastika overlayed onto the Star of David.

At long last, West’s antisemitism is finally registering with his hardcore fanbase as the r/Kanye page is now filled with appreciation for Taylor Swift and educational posts about the Holocaust.

Its spearheading post declared in its title: “This is now a Taylor Swift Subreddit. We had a good run fellas,” and has about 33,000 upvotes in agreement with the statement. Comments immediately rallied support for the singer, with some even confessing that their dislike of Swift throughout the pair’s long history of contention was misguided.

Additionally, the Kanye subreddit has turned out several posts highlighting the severity and grim reality that the events of the Holocaust brought onto the Jewish community. This includes historical footage of heavy machinery being used to clean up piles of corpses in concentration camps, disheartening photos from the time period along with posts dedicated to victims of the tragedy, such as Anne Frank and her experiences that she recounted in a diary that was discovered after her death. [via Variety]

While West has been engaging in blatant antisemitism for months now, his recent actions are undoubtedly his most shocking yet given its vile brazenness. Mental illness or not, Kanye West has solidified himself as a staunch and potentially dangerous antisemite.