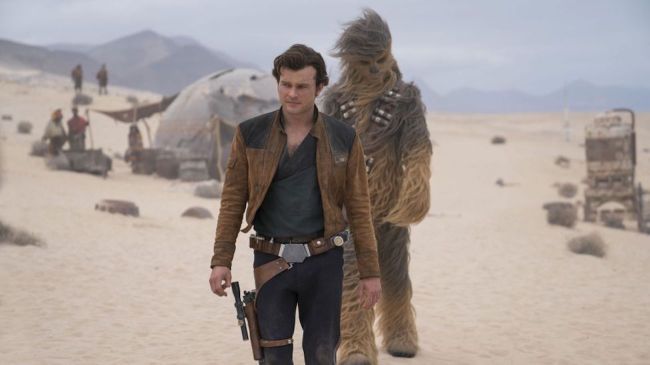 In an absolutely massive Vanity Fair piece that charted the immediate future of the Star Wars franchise — from movies to television to everything in between — Lucasfilm president Kathleen Kennedy shared insight into what the studio learned from its 2018 flop, Solo: A Star Wars Story. The lesson? Trying to recast younger versions of iconic characters is too tall of a task.

The 2018 movie Solo explored Han Solo’s younger years, with Alden Ehrenreich taking on the role of the smuggler originated by Harrison Ford. The film has its admirers, but it made less at the box office than any other live-action Star Wars movie. Solo’s swagger may be too singular for another actor to replicate. “There should be moments along the way when you learn things,” says Kennedy. “Now it does seem so abundantly clear that we can’t do that.”[via Vanity Fair]

Making “just” $393 million at the box office, Solo is not only the lowest-grossing film of all time, but it barely broke even as its budget ballooned to a reported ~$300 million, likely due to the massive creative changes the project underwent when Ron Howard took over for Chris Miller and Phil Lord.

Kennedy’s comments, however, seem to contradict the general opinion of Star Wars lovers — at least as far as I’ve seen in my little media bubble — as many fans have seemed quite excited about the idea of Sebastian Stan, who bears a striking resemblance to a young Mark Hamill, taking over as a young Luke Skywalker.

The Vanity Fair piece also clarifies when fans can expect to see these various projects: Andor will release in “late Summer 2022” while season three of The Mandalorian will either release in “late 2022” or “early 2023”. There’s also, of course, the premiere of Obi-Wan Kenobi later this month, which will hit Disney+ on May 27 with not one, but TWO episodes.