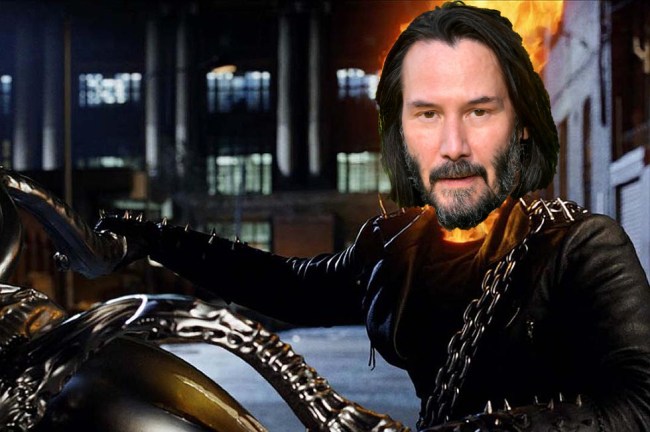 So, I watched The Matrix last night since A) the film celebrated its 21st anniversary on Tuesday and B) the entire trilogy was added to Netflix yesterday.

My biggest takeaway from the first flick is that it’s pretty remarkable how well it’s held up all these years. From its action sequences to the overarching ideas it seems to be interested in, The Matrix remains as effective of an action movie as it was in the late 90s.

Similar to the movie itself, its star Keanu Reeves also remains as relevant as he was back then, as the 55-year-old actor remains one of Hollywood’s preeminent action stars thanks to the John Wick franchise. In fact, when considering that he’s starred in Point Break, Speed, The Matrix trilogy, and the John Wick franchise, it can be argued that Reeves is the most important action star of my lifetime. But that’s another article for another day.

As Reeves continues to remain a presence in the Hollywood landscape, fans have long wondered if and when he’ll make the jump to comic book filmmaking, particularly of the Marvel variety. Marvel Studios certainly hasn’t been shy about their desire to cast Reeves, as studio head Kevin Feige admitted last year that they “talk to” Reeves prior to “almost every film” they make.

“We talk to him for almost every film we make,” Feige said. “We talk to Keanu Reeves about. I don’t know when, if, or ever he’ll join the MCU, but we very much want to figure out the right way to do it.”

With Reeves’ inclusion into the MCU being more of a matter of when then if, fans of the franchise have already begun fan-casting the iconic actor in various Marvel roles, particularly the role of Johnny Blaze, a.k.a Ghost Rider.

Reeves as Ghost Rider is not merely a figment of fan’s imaginations, though, as the actor has long been rumored to be the studio’s choice for the role. Given that Reeves is pushing his 60s, though, Marvel needs to get him in the black leather of Johnny Blaze sooner rather than later.