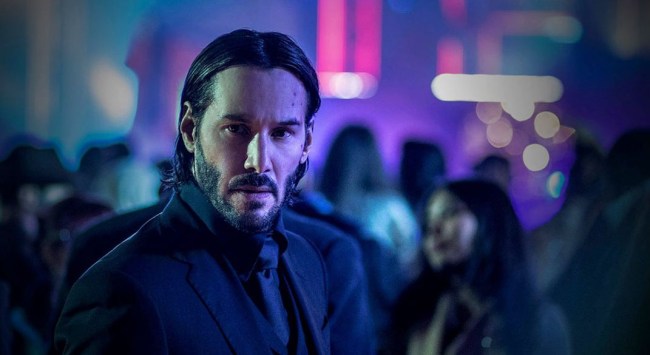 One of the most sought after marriages of actor and franchise is a step closer to finally becoming a reality as The Illuminerdi is reporting that none other than Keanu Reeves has been offered the role of the iconic Spider-Man adversary Kraven the Hunter. According to the report, the project is a solo film within the Sony Universe of Marvel Characters and is being described as sources as “a mashup of Man on Fire and Logan.”

Now, while Reeves certainly has the cache to play a character like Kraven the Hunter (especially when it comes to the potential action), there’s an argument to be made that someone of Reeves’ talent should be reserved for a more influential role. Yes, Kraven may be getting his own film — and if that movie did well, his own franchise — but at the end of the day, he’s an anti-hero who will likely find himself at odds with Spider-Man: is that ultimately the best use of Reeves’ talent within the MCU? I’d be all for him playing a villain, I’m just not so sure this is the one, especially if he remains restricted to Sony’s Marvel Universe and out of the creative care of Kevin Feige. If you’re going to cast Reeves as a villain, it should be similar to that of Thanos — perhaps The Silver Surfer or Mister Sinister or Galactus  — and have him play an overarching enemy who appears across multiple films.

We have received word that Sony has given an official offer to Hollywood megastar Keanu Reeves to star as Kraven the Hunter in his own Sony solo film. The project is being referred to simply as Kraven at this time according to our source. We were also given a description of the tone that the studio is shooting for. Our source described the tone of the movie as a mashup of Man on Fire and Logan.

It’s still unclear whether Sony’s universe will ever mix with the MCU in the future, but the studio is staying vigilant in developing their future regardless. In that light, The Illuminerdi has just received word on a potential new casting for the SUMC coming in the near future.

There is no final decision from either party yet, but the offer is currently out to Keanu Reeves. [via The Illuminerdi]

If Reeves does take the role of Kraven, I’d take it as a sign that Sony’s Universe of Marvel Characters will eventually cross over into the MCU, as I just have a hard time seeing a studio like Disney missing out on a talent like Reeves, who they’ve been quite openly courting for some time now. Marvel Studios President Kevin Feige has said as much, as he revealed back in the summer of 2019 that Marvel reaches out to Reeves for “almost every film” they make:

Ultimately, this report is yet another indication that the next stage of Reeves’ storied career like involves a foray into the comic book movie world. Hell, there’s even been some rumors he may return as Constantine in the DC Universe. Whatever superhero cape Reeves does end up donning, it’ll be an absolute coup for whichever studio manages to pull it off.