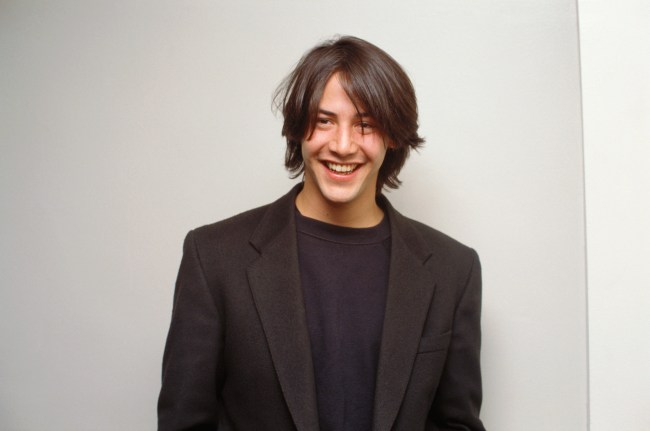 It’s pretty wild to think that there was a time in life when Keanu Reeves was just an up-and-coming actor and not a household name because he’s been a fixture of American pop culture for my entire life. Then again, it’s pretty crazy to stop for a moment and realize that 1980 was 40 years ago even though TV and movies make it seem like it wasn’t all that long ago.

These ‘grainy audition tapes’ from 1986 are of Keanu Reeves and Alex Winter doing their first-ever air guitar, a feature that would play prominently throughout the Bill and Ted film franchise which is set to be revived by Bill & Ted Face the Music later this month.

This is being described as an audition but it appears to be a read through with the two stars to test their on-camera chemistry and get them familiar with the script and each other’s styles. Watching this is like stepping into a time machine. The speech, clothes, and attitude, you just don’t see that anymore.

That’s legitimately how I remember my older brother from childhood. I don’t know if he was molded by the movie or if the film was shaped by the times (or both), but I see so much of how I remember him in my earliest memories in those characters.

If you haven’t heard, Bill & Ted Face the Music is currently set to be released on August 28th. The release date has jumped around some but this tiem it was actually moved up a few days so it wouldn’t be competing against the live-action Mulan remake from Disney+. It’s going to be released in select theaters throughout the USA as well as straight to on-demand for anyone who would prefer to stream at home.

Here’s the final trailer for Bill & Ted Face the Music just in case you haven’t watched that yet.

I don’t think I realize how excited I am for this movie until now.