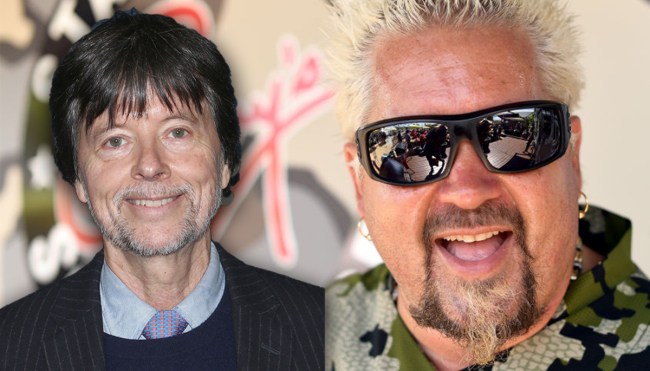 Referring to Ken Burns as the “King of Dad Television” might be an unfair way to describe the prolific documentarian who possesses a set of skills such a label risks minimizing, but I also can’t think of a better way to sum up the essence of a man who is best known for his unparalleled examinations of topics including the Vietnam War, the Civil War, and the history of baseball.

Given the nature of his body of work, it’s kind of easy to assume Burns spends his typical day wearing out the elbow pads on a tweed blazer while devouring leatherbound books in a private library that smells of rich mahogany. However, it turns out that’s not actually the case.

Burns made his grand return to PBS earlier this week after giving his signature treatment to Ben Franklin in a two-part documentary series exploring the life of the Founding Father. While making the promotional rounds, the filmmaker sat down with Atlas Obscura to discuss the project during a conversation where he revealed one particular television program he’s personally “obsessed” with: none other than Diners, Drive-Ins, and Dives.

In a fairly surprising twist, Burns is apparently a huge Guy Fieri guy and said that his love of Triple D inspired him and his daughter to take a spontaneous trip to visit Street, a restaurant in New Hampshire that received the seal of approval from the Mayor of Flavortown:

“We woke up on a Sunday morning and I looked at her and I said, “Let’s do it.” We did this spectacular drive, and it was like thieves. We were back six, five and a half hours later, having had this wonderful meal and happy that we did it…

I got a fish, sort of a crab cake fish sandwich from a place in Portsmouth, New Hampshire, and [my daughter] Olivia got some elaborate Korean thing…It was very cool and lived up to all of the hype that we saw Guy Fieri do with it.”

Ken Burns is a true man of the people.