Arguably The Greatest Batman Actor Of All-Time Has Passed Away 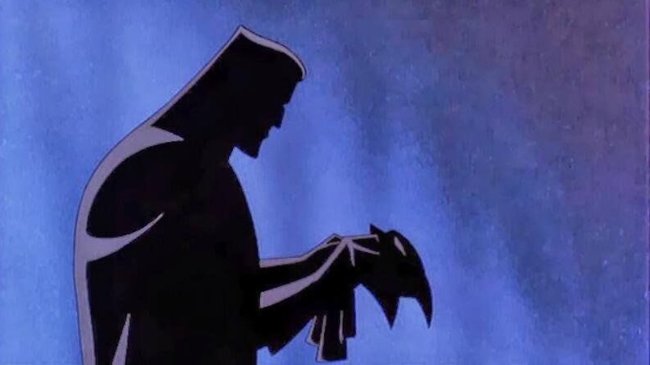 Kevin Conroy, the legendary voice actor who portrayed Batman in the iconic 90s show Batman: The Animated Series, has passed away at the age of 66 years old after a short battle with cancer, according to an official statement from Warner Bros Discovery.

In addition to Batman: The Animated Series, Conroy also voiced the Dark Knight in the Batman: Arkham games, the Injustice games, and a litany of other animated DC projects such as Batman: The Killing Joke.

In an official statement, Mark Hamill — who voiced the Joker alongside Conroy’s Caped Crusader in Batman: The Animated Series — called the late actor “perfection.”

“Kevin was perfection. He was one of my favorite people on the planet, and I loved him like a brother. He truly cared for the people around him — his decency shone through everything he did. Every time I saw him or spoke with him, my spirits were elevated.”

Batman fans tribute to the late Kevin Conroy, who voiced the Dark Knight in many iconic Batman stories such as The Animated Series and the Arkham games

Following his passing, fans of Conroy — who many consider to be one of, if not the, greatest Batman actor of all time — took to Twitter to pay their respects. In fact, many of the tributes to Conroy seem to have the same thing in common: to a certain generation, he *was* Batman.

Kevin Conroy is gone. His deep and distinctive voice was the definitive sound of Batman for several generations of fans. I’m absolutely stunned and devastated. RIP.

Thank you for all the childhood memories. pic.twitter.com/0Ht8khWRcc

Goodbye Kevin Conroy, you will always be my Batman. pic.twitter.com/iOY63lF2bU

Members of the Batman animated family are reporting that Kevin Conroy has passed away. We had the privilege of attending conventions alongside Kevin over the years and are heartbroken by this news. pic.twitter.com/rgjpB22LRb

I'm fucking gutted. Kevin Conroy WAS Batman for me for decades, and I still can't believe he's passed. What an absolute sweetheart of a man that I had the pleasure of meeting.

Rest in Peace, Mr. Conroy. My condolences to his friends, family, and all Batman fans. pic.twitter.com/pfSl9jXg4W

Thank You for everything, Kevin Conroy. pic.twitter.com/z6isMouRPW

So sad to hear about Kevin Conroy. He was THE voice of Batman for generations, including our INJUSTICE games.

So iconic. What a loss. RIP 🙁 pic.twitter.com/JpgRwIGDAh

I struggle to find the words to describe how much Kevin Conroy and his voice mean to me.

BATMAN TAS changed my life both professionally + personally, in a very real way.

I always meant to meet him at a show and tell him how important his work was to me, but never did. Dammit. pic.twitter.com/E9wUdKnHSh

Rest in power Kevin Conroy, thank you for absolutely everything you have done for us 😔🦇🖤 pic.twitter.com/GqzWLsEN6V

Completely heartbroken over this one. RIP Kevin Conroy. The only Batman voice I’ll ever hear in my head. https://t.co/zc658yaHb0

Rest in peace, Kevin Conroy. As for most of my generation and following, which was easy to see any time his name came up, he was our Batman.

On a personal note, Conroy’s passing is devastating as his iteration of Batman is quite literally the first character I ever loved and set me on the life path I’m currently on. When discussing the all-time pantheon of Batman actors, his name will forever deserve to be mentioned near the top. Rest In Peace.

Our thoughts are with Mr. Conroy’s friends, family, fans, and various loved ones during this difficult time.

RELATED: Leo DiCaprio As The Riddler And The Return Of Joker – What ‘The Dark Knight’ Sequel Was Going To Be Prior To Heath Ledger’s Passing