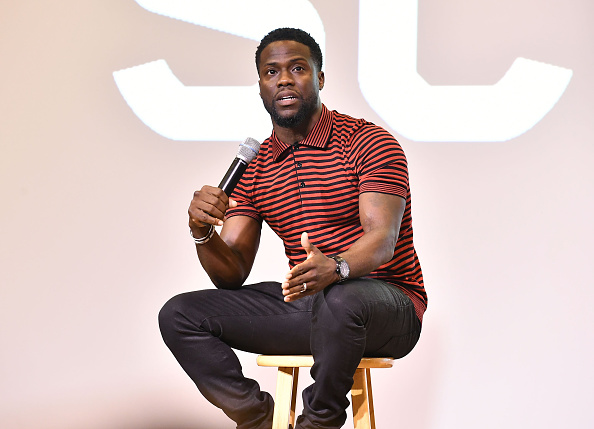 Well that was quick.

Just two days ago comedian Kevin Hart announced that he was hosting the 2019 Academy Awards.

For years I have been asked if I would ever Host the Oscars and my answer was always the same…I said that it would be the opportunity of a lifetime for me as a comedian and that it will… https://t.co/GFCpD7yH6M

Hart’s hiring received intense backlash from the LGBTQ community after his old homophobic tweets resurfaced on the social media site.

I see that @TheAcademy settled on @KevinHart4real, one of the most homophobic people in Hollywood, to host #TheOscars . Surprisingly, it will air on @ABCNetwork, which axed Roseanne (rightfully so) for similar vile behavior. wtf, Academy/abc?!? #Oscars pic.twitter.com/mJVHMQMsDU

After seeing this @benfraserlee tweet, I did a search for every time Kevin Hart tweeted "fag," "homo," or "gay." It was…a lot. And he seems to have basically stopped tweeting those words after 2011 — i.e. the year his first stand-up movie became a hit. https://t.co/P8nTOilFgx pic.twitter.com/6uzPhnvt4F

So apparently @TheAcademy is unfazed by @KevinHart4real ‘s history of blatant homophobia and hateful language towards the #LGBT community? This is appalling. #AcademyAwards pic.twitter.com/BXhGCZQfzX

Maya Angelou once said “When someone shows you who they are, believe them the first time.” Guess @KevinHart4real is a homophobe. This will be the first @TheAcademy show I won’t be watching since I was child. 😢 #homophobia pic.twitter.com/sFkn2Xc5I3

Tonight, Hart took to Twitter to announce that he had stepped down from hosting the Oscars because he didn’t want to be a distraction.

I have made the choice to step down from hosting this year's Oscar's….this is because I do not want to be a distraction on a night that should be celebrated by so many amazing talented artists. I sincerely apologize to the LGBTQ community for my insensitive words from my past.

I'm sorry that I hurt people.. I am evolving and want to continue to do so. My goal is to bring people together not tear us apart. Much love & appreciation to the Academy. I hope we can meet again.