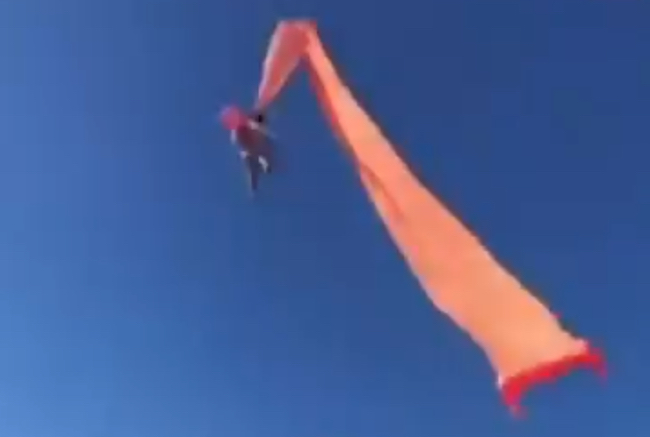 Parents warn kids to be careful in almost every situation but no parent expects a kite festival turns deadly.

This footage from a celebration in the seaside town of Nanlioao, Taiwan, is every parent’s nightmare after a 3-year-old girl gets wrapped up in a kite and lifted close to 100 feet in the air.

The fliers were having trouble controlling the massive kite when the tail wraps around the little girl and lifts her high in the air with no problem.

According to The Sun, the girl weighed just 28 pounds and was tossed around in the air for at least 30 seconds.

HOLD ON TIGHT: Dramatic video shows a 3-year-old girl swept into the air after getting caught in the strings of a kite at a festival in Taiwan.

The child was reportedly shaken up but not injured. https://t.co/6Ciuh4thkI pic.twitter.com/nCU3RClPV3

The annual festival was called off immediately after the horrifying incident.

According to experts, kids have vague memories around this age, but I’m 1000% certain her parents will never, ever forget this ordeal and probably never let her go outside again.

Is Running Every Day Bad For You?