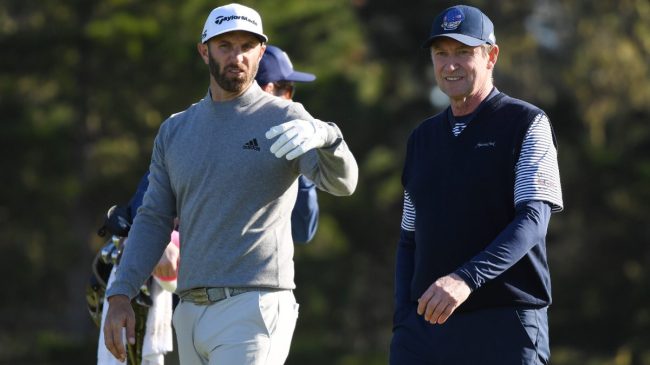 Just two weeks after playing in the Masters, Dustin Johnson tied the knot with Paulina Gretzky in a lavish wedding at Blackberry Farm in Tennessee.

The two have been engaged for eight years, but the vows made things official. The couple also has two children together, at the ages of seven and four years old.

As one would expect at a wedding featuring ties to two of sports’ most prominent figures, there were a number of stars in attendance.

Johnson is one of the most recognizable names in professional golf while his new wife’s father, Wayne Gretzky, is the greatest hockey player to ever live.

At the event, we saw a pair of stars from Bravo’s Summer House and Southern Charm. Craig Conover and Paige DeSorbo made an appearance, sharing a photo on social media.

And obviously, the legend, himself, was there to give his daughter away.

But the most unsuspecting star in attendance was one who actually provided the entertainment.

Kid Rock covered a song from Chris Stapleton called, “Joy of My Life,” while the couple danced in the center of the floor.

Kid Rock is a polarizing figure that’s never shy to speak his mind. He’s made headlines in the media for his political beliefs, with many either loving him or hating him.

However, we can all agree that his performance as Robby in Joe Dirt was Emmy worthy.

Kid Rock will always just be Robby on Joe Dirt, to me. pic.twitter.com/kaYIk6XGfV

Kid Rock is close with both Johnson and the Gretzky’s, so performance at the wedding shouldn’t be too surprising.

Johnson and Gretzky enjoyed the serenade, and they’ll now start their lives as husband and wife.