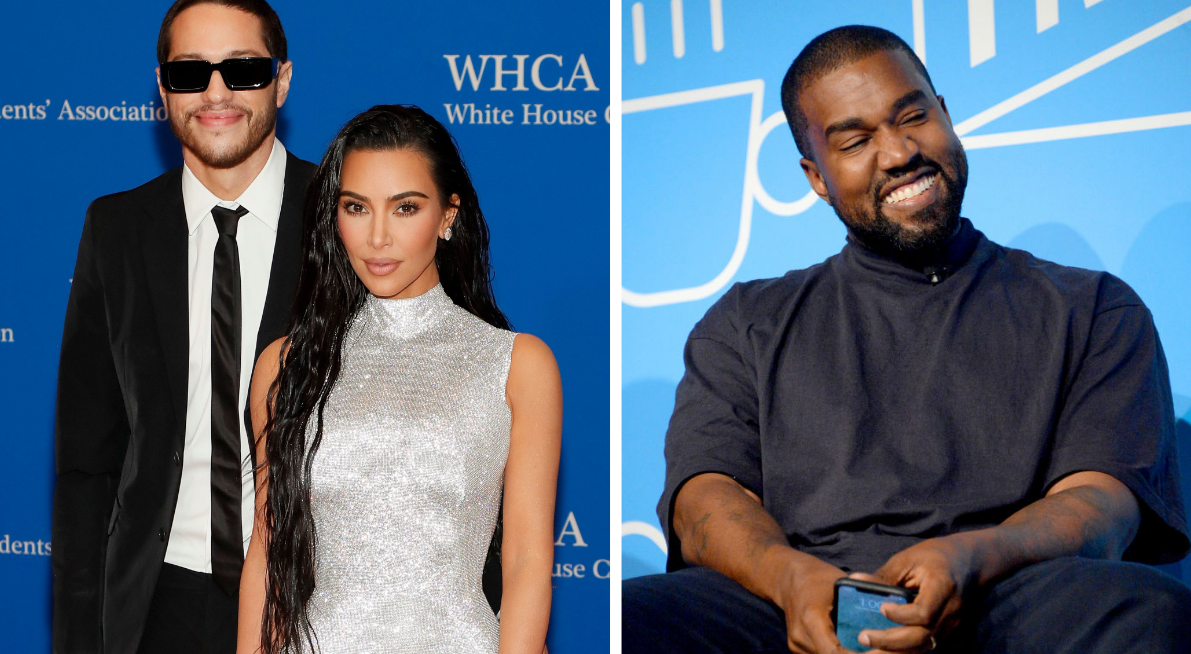 Kim Kardashian is not happy with Kanye West right now.

Over the weekend it was reported that Kim had broken up with recent boyfriend Pete Davidson, who Kanye often referred to as a “Skete.”

Kanye responded to the break up news by posting a tombstone with the caption reading “Skete Davidson is dead.’

Kanye West is back on IG ‼️😳 pic.twitter.com/5GZK1Cg3tt

Kim is reportedly furious at Kanye over the post and is demanding that he take it down but he’s apparently refusing to do so.

Kim Kardashian has slammed Kanye West for posting an ‘appalling’ meme on Instagram mocking her fresh break-up with comedian Pete Davidson, and is demanding he take it down, a source told DailyMail.com. A source close to the star told DailyMail.com: ‘Kim won’t stand for this. She is demanding that Kanye take the post down, but he won’t.

‘She has been vigorously defending Pete. She’ll never get back together with Kanye over the way he’s treated the people she loves and respects. ‘She has tried incredibly hard to have a good co-parenting situation for the children. ‘She won’t stand for this type of behavior from him.’

The reality TV star, 41, split with Pete, 28, last week after first being linked in October when Kim made her hosting debut on Saturday Night Live.

But Kim’s estranged husband Kanye West, 45, took a shot at the couples break up, posting a picture on Instagram of a fake New York Times newspaper with the words ‘Skete Davidson dead at age 28.