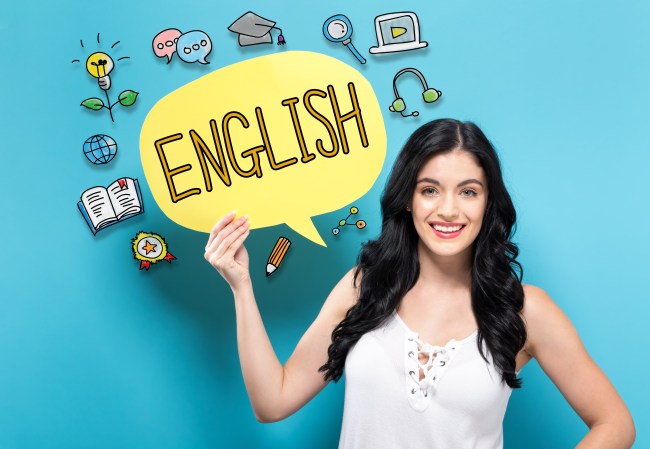 First, knife-sharpening stores. Huh. Didn’t know those were still a thing. Mom got me a knife sharpener from Williams Sonoma last year and it fits perfectly in the drawer next to the knives. As a result, a STORE for sharpening your knives seems wildly, entirely inconvenient. And yet Cutters Edge in Clifton, NJ is still in business. At least, for now…

NY Post– The knives are out for a small New Jersey business after its owner recently posted a sign in the front window saying, “Speak English or Pay $10 Extra.”

Feinberg said he put up the sign “out of frustration” two weeks ago after trying to deal with a customer who “made no attempt to speak English.”

“I had something to get off my chest,” he said. “The reason for the $10 is because he wasted 10 minutes of my time,” he explained, admitting it was a “mistake” to suggest he would charge extra.

Of course we want to hate Feinberg. But there’s something so old about his reasoning that you almost want to give him a pass. This dude has NO idea what side is up and what side is down. Look at his defense: he thinks “just speak English” or “make an attempt to speak English” is better. LOL!!! THAT’S HIS WAY OF CORRECTING HIS MISTAKE. To be more polite in his message!

If “make an attempt to speak English” doesn’t make you laugh, we’re doomed. That sounds more like a frustrated 7th grade ESL teacher than a racist knife-sharpener in New Jersey. And now he’s enduring the wrath of a thousand 1-star Yelp reviews. Poor Feinberg has no idea what hit him.