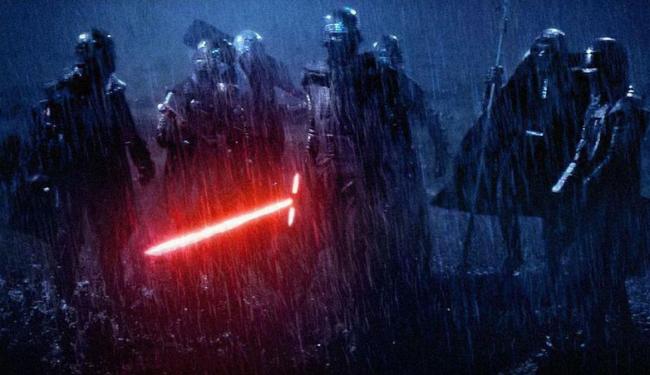 A rumored trailer for an unreleased Star Wars project title Knights of Ren: A Star Wars Story has been making the rounds on the internet in recent days, causing fans of the franchise to speculate on what exactly the project is and if it’s real or not. Forbes has also reported on the video.

As you’ll notice, the logo includes the “A Star Wars Story” subtitle, which suggests that this new project could be a Disney+ exclusive film. While Disney’s attempt at “A Star Wars Story” series kicked off with a wildly promising start — 2016’s Rogue One is literally one of the best Star Wars films ever made — the franchise has been dominant since 2018, which saw Solo: A Star Wars Story gross just $393.2 million worldwide against a reported $275 million budget, making it the lowest-grossing live-action Star Wars film of all time and the first to be categorized a box office bomb.

While the validity or authenticity of the teaser cannot, and likely will not, be confirmed, it certainly looks rather legit. If it is a fan-made trailer, credit to them because it looks clean. We’ll let you decide for yourself:

Obviously, one of the first questions fans will ask, other than if it’s real or not, is whether Academy Award nominee Adam Driver, who portrayed Kylo Ren in the Disney sequel series, will be involved with the unverified project.

Given the veracity at which Lucasfilm and Disney seem intent on churning out Star Wars content for Disney+, a film featuring the certainly-fascinating Knights of Ren is well within the realm of possibility. The latest entry in the Star Wars universe, the so-far-underwhelming The Book of Boba Fett, is currently in the midst of its run on Disney+. Then, sometime this Spring, the Obi-Wan Kenobi series is set to be released, followed by the Rogue One spinoff Andor later this year. Then, of course, there’s season three of The Mandalorian, which Disney is also aiming to roll out before the end of 2022.